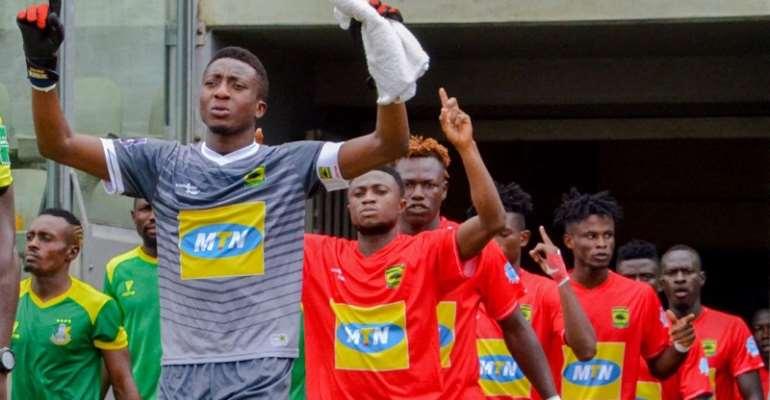 Players of Kumasi Asante Kotoko will walk home with a double of the financial reward they received from beating Kano Pillars if they beat Etoile du Sahel in Tunisia during their Champions League return game on Sunday.

The Ghanaian club would be playing in the return leg against the Tunisian in a tricky duel despite going into the game with two goals advantage from the first leg.

In order to ensure the team gets victory in the North African country, the Porcupine Warrior management have dangled a mouth-watering financial package before the players to go for a back-to-back victory over Etoile du Sahel.

This package, according to the Public Relations Officer of the club, Kennedy Boakye Ansah, was enticing enough to cause the players to beat the North Africans for the second time.

“The biggest motivation is when they qualify to the next stage of the competition, their names would be in the history books of the club”, he stated.

Speaking to the Graphic Sports last Friday, the PRO said the financial motivation was not what was the main focus of the players but the desire to write their names in the history books of the club had encouraged them to stun the Tunisians in their own backyard.

“The CEO Dr Kwame Kyei has put together a mouth-watering package for the boys and I can tell you that it is double of what they got when they beat Kano Pillars”, the PRO stated.

Ansah failed to disclose the amount the players received from beating the Nigerians and what they would receive but said, “I can tell you that they got some good money for beating Kano Pillars and the players were all happy and surprised by the amount”, he said.

He said they anticipated that the North Africans would come with all kinds of antics in order to win the game but added that they were very much prepared for them because this wasn’t the first time they were playing a North Africa opponent.

“We are not worried, even though we know that they will come with their usual antics to try and throw lesser lights and all kinds of things but we are ready for them”, he assured.

The PRO said management had total confidence in the boys’ ability to deliver because they know nothing could intimidate them to succumb to the Tunisian stating that the Kotoko players are professionals who could not easily be intimidated.

Making reference to their 2002 game against another North Africa side, Ghazel El-Mahalla of Egypt, he said they won 3-0 in the first leg but lost 2-4 in the return leg due to their machinations but still managed to pull through and insisted that they would definitely scale the hurdle.

Ashgold on the other hand, walk on a tight rope as their qualification chances have become slim following their 3-2 victory at home to Moroccan side, RS Berkane, last Saturday.

The “Soccer Miners’ must avoid conceding any goal in Morocco in order to secure qualification to the next stage of the competition and the players are determined to achieve that and ensure they better their last record of exiting at the first round in 2011.