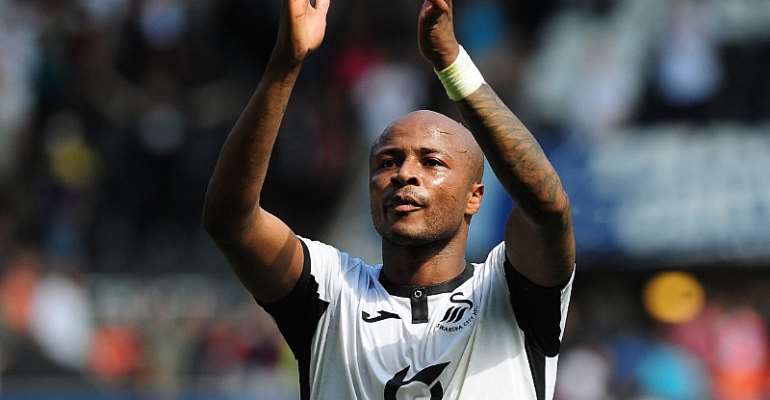 Crystal Palace boss, Roy Hodgson has taken a swipe at Andre Ayew after the Swansea City forward described his brother, Jordan Ayew, as undervalued in England.

Jordan joined the Eagles on a permanent deal during the summer transfer window and was named the club’s Player of the Month for August, after impressive performances.

Despite the impressive performance of the 28-year-old, the Black Stars skipper beleives his younger brother is not getting the needed recognition.

“Jordan has never got the recognition he deserves, but I think now people are starting to recognise his work,” Ayew senior told the BBC last week.

But Hodgson has taken exception to his comments and has described them as unfair.

“I’m not sure who he’s (Andre Ayew) talking of when he says who isn’t appreciating him (Jordan),” Hodgson said.

“It certainly wouldn’t be a fair comment in regards to ourselves here, myself, the coaching staff, players.

“We have an enormous amount of respect for him and count ourselves lucky to have him with us.

“I feel quite comfortable in saying that quote has no relevance here at Crystal Palace.

“We certainly has the full respect of his talents, and that’s shown – he’s playing every game!”

Jordan Ayew has scored two goals for Palace so far this season.