Barca Squeak Past Villarreal As Messi Goes Off Injured 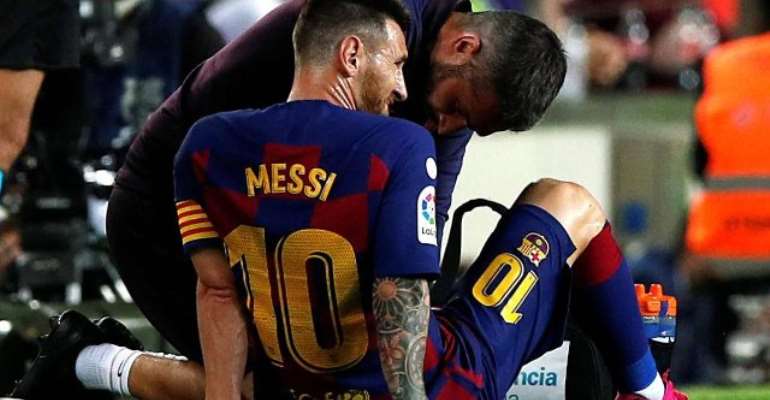 Barcelona edged past Villarreal on Tuesday evening but they lost their talisman Lionel Messi to injury.

The hosts, under pressure after losing to Granada 2-0 on the weekend, got off to the perfect start when Antoine Griezmann nodded home from Messi's corner.

Less than ten minutes later they doubled their lead when Arthur fired home a rocket from the edge of the area, with Santi Cazorla doing the same for Villarreal just before the break.

Messi, who was making his first start of the season, already had gone down once in the first-half and he was taken off during the break as Ousmane Dembele came on.

It is a huge blow for Barca who have already got off to a poor start in the league.