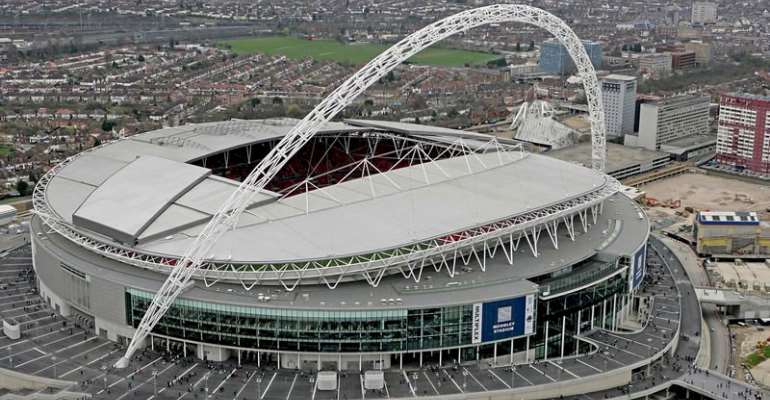 European football's governing body Uefa also announced St Petersburg in Russia and Munich in Germany as venues for the finals in 2021 and 2022 respectively.

The 2023 final will take place during Wembley's centenary year, with the original Empire Stadium having opened in April 1923.

It was also confirmed that Windsor Park in Belfast will host the 2021 Super Cup final.

Wembley hosted the Champions League final in 2011 and 2013 and will stage seven games at Euro 2020, including the semi-final and final.

Two years previously, a Lionel Messi-inspired Barcelona beat Manchester United to seal what was then their fourth success in Europe's premier club competition.

Uefa also announced that Seville in Spain will host the 2021 Europa League final while its third European club competition, starting in 2021, will be called the UEFA Europa Conference League.

It was also confirmed that video assistant referees (VAR) will be used in the Europa League from the beginning of the knockout stages in February.

The technology will then be used in the Women's Champions League final in Vienna in May, and throughout the Women's European Championship in 2021.

Uefa's executive committee will recommend to its 55 national associations and all European clubs not to play matches in countries where women have restricted access to stadiums.

Football fan Sahar Khodayari died this month in Iran when she set herself on fire while awaiting trial for trying to attend a match.