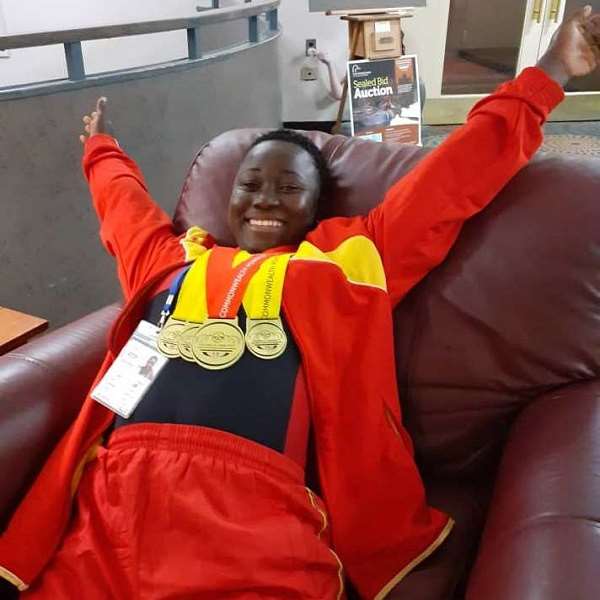 The supremely talented versatile athlete was reported to have demonstrated great derring-do at the 8th Commonwealth Powerlifting Championship 2019 at the Holiday Inn Hotel in St. John’s Newfoundland, on her way to glory.

With a performance pavilioned in power, splendour and grit, the 21-year-old Ghanaian rocked the auditorium as she picked medals in the squatting, dead-lift and bench press phases of the prestigious competition – after nine brave attempts.

Reports say Ms Arko mushroomed into an instant house-hold name in Canada after endearing herself to the packed auditorium that had some Ghanaians chanting among the crowd.

“I’m really excited by this feat which without a doubt is going to serve as the much-needed motivation for me to carve more laurels in the sport,” she told the Times Sports yesterday.

The young Mankessim-born powerlifter expressed profound appreciation to the President of the Ghana Powerlifting Federation (GPF), Godwill Joseph Agyeman, for the opportunity to compete with some of the finest in the sport.

“I’m really appreciative of this opportunity and looking forward to more of such events to make the nation proud,” she asserted.

That breathtaking feat made her the Ghanaian athlete to have won the highest number of medals in a single competition.

Despondently, a year later, the artistic athlete fell out of favour with chieftains of the Ghana Weightlifting Federation (GWF) over alleged unpaid per diem and bonuses during the World Youth Championship in Nanjing in 2014.