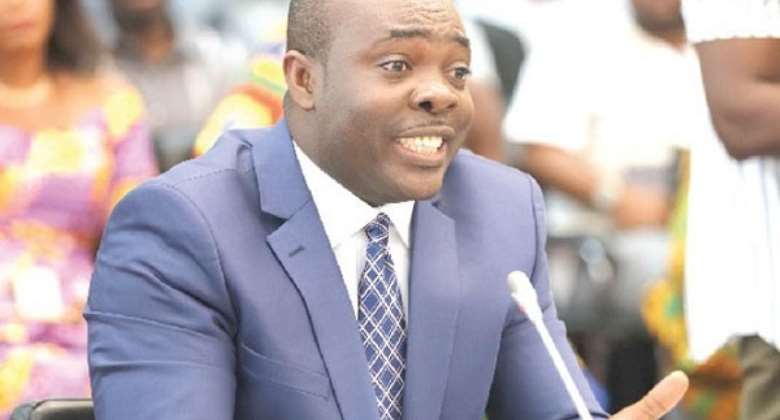 It has emerged that the Youth and Sports Minister, Isaac Asiamah, has launched a scathing verbal attack on Professor Peter Twumasi, Director General of the National Sports Authority.

The minister’s rage, according to a source at the ministry, was because of the arrangement by the NSA boss regarding fans that travelled to Egypt for the African Cup of Nations (AFCON).

To the minister, the NSA boss favoured people in his ‘constituency’ for the trip, to the neglect of the sector minister’s folks.

That, according to the source, necessitated the minister’s rants, attacking the Professor in public at the former’s office in the presence of two senior officials.

The source added that the Professor did not take the verbal attack lightly and consequently threatened to lay down his tools.

“The minister's attack angered Professor Twumasi, who considered it as unfortunate, taking into account the persons present, and threatened to resign immediately, but for interventions from some quarters,” the source said.

The Minister has come under public pressure after appearing in Parliament to present the AFCON Budget.

Bagbin fly to Dubai for medical review after budget rejectio...
39 minutes ago