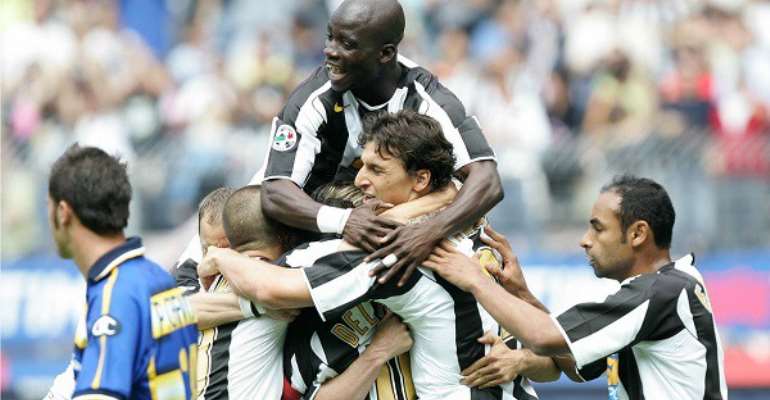 Despite the various campaigns against racism by FIFA and other football governing bodies, racism has grown in stature with the Italian Serie A taking prominence in the discriminatory act.

Across Europe, players in the Seria A have been racially abused by football fans.

Appiah, who played for Parma and Juventus before joining Fenerbache in an interview with Accra-based Class FM said: “I don’t think it’s going to end because this [racism] has been there for years."

He ascribed enviness and jealousy as reasons why racism continues to linger in Italy.

“I’ve never experienced [racism] and at times I sit back and ask questions that why didn’t it [racist comments] happen to me but most of the time the fans don’t do it deliberately but they do that when the player is arrogant or behaves in a certain way through jealousy and enviness they come at you.

“Or when they realize you are a good player, they will just attack you to distract you from the pitch.

He added; “I think that’s what they teach their children at home because I don’t know why a 5-year / 10-year old boy or girl will come to a stadium or see a black person on the street and behave in a certain way,"

Appiah puts the blame firmly on the doorsteps of parents for installing racism in the minds of their wards.

“It means it’s not them [the children] but the parents who installed it in their minds.

“We’ve been talking about racism, FIFA, CAF, everybody have involved themselves heavily but it’s not going away but we hope that one day it will go,” he concluded.