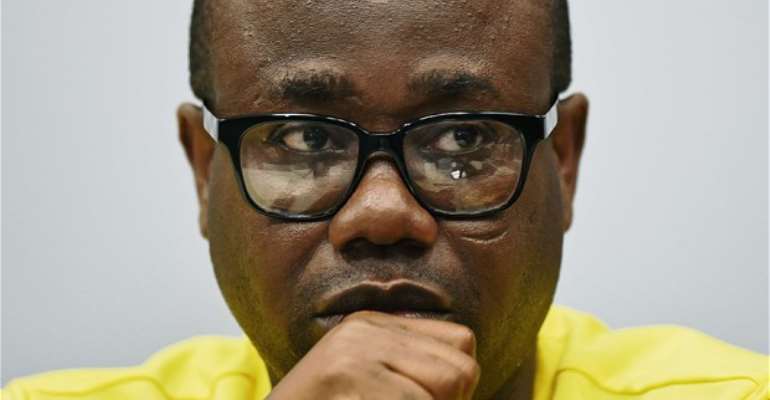 Multiple reports have emerged that Mr Nyantakyi is a key figure of Tema Youth owner's campaign team ahead of the Ghana FA Elective Congress.

However, on Monday afternoon, a video emerged with Mr Nyantakyi together with former Ghana FA Player Status Committee Chairman, Kofi Manu and Takyi Arhin were spotted at the Palace of Dormaahene with reports suggesting that they were there to campaign for Palmer.

But according to the vociferous football administrator, they were not at the Palace to campaign for any of the candidates adding that Osei Palmer does not need the former Wa All Stars life financier to emerge as the Ghana FA president in October.

"We were not in Dormaa to campaign for anyone," he told Asempa FM. "Nana Dormaahene has been a very good friend to Kwesi Nyantakyi and after the airing of the 'Number 12' video, Nana Dormaahene was always checking up on Nyantakyi so why would anyone have a problem with his visit to the Palace?

"We were there to thank Nana Dormaahene for his kind gesture but the Palace guards did not know why we were there. We have been told some of the candidates orchestrated that and this clearly shows that they are losing the elections.

"It wasn't true that we weren't allowed into the palace, we spent 3 hours with Dormaahene and there was no mention of football in our meeting with him.

However, the camp of Osei Kweku Palmer have also insisted they are not aware of Mr Nyantakyi's visit to the Dormaa Palace.

The Elective Congress has been slated for October 25.