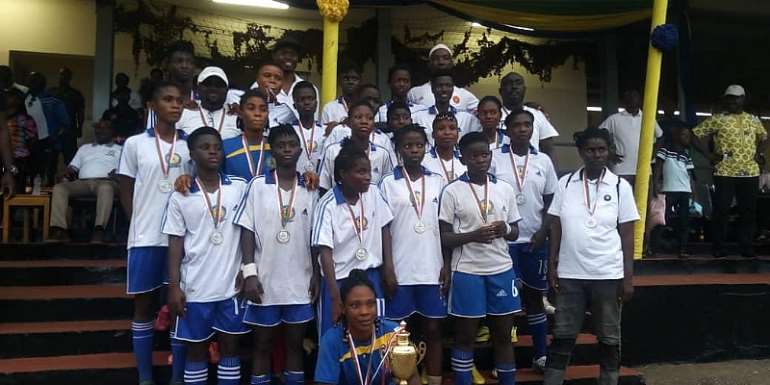 Ideal Ladies dream of winning the Special Greater Accra Women’s Football Competition was dashed when they lost to 0-2 to Army Ladies at the finals.

The match took place at the El Wak Stadium on Sunday 22nd September and the Army Ladies had the support of their fans who cheered them on to victory.

16 female clubs took part in the competition which began about a month ago, as they played every week.

Naa Dromo on Ideal Ladies said she was satisfied that her team went to the final, but would have been happy if they won the cup because they really prepared and want to show the world that they have some of the best female footballers in the country.

She said the suspension of football activities have affected her club and training schedule.

She wished that football in Ghana returns to normal, and prayed that the right person wins the GFA president position.

She expressed that all the seven candidates contesting are good and can do the job, but it is God who chooses a leader, so she prays that the best of them is voted to be president of the GFA.