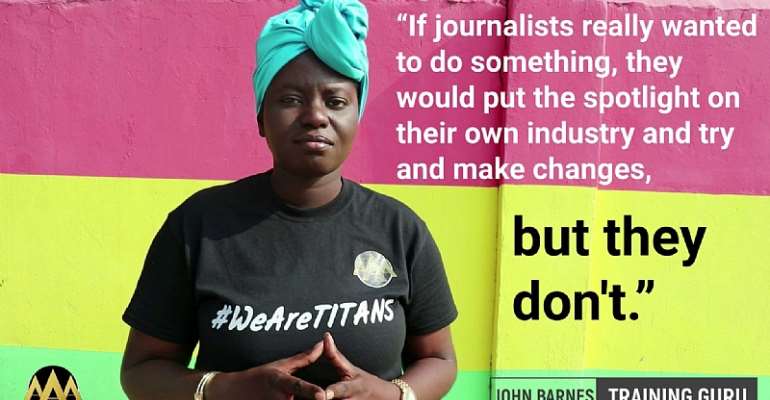 Award-winning international football journalist, Angela Akua Asante aka Triple A, has released her first-ever short documentary titled "We Are TITANS".

The topic revolves around "the importance of recognizing journalists and opening the way for upcoming ones to benefit equally from opportunities that exist" in the sports media industry.

The Under-30 entrepreneur, who became the first Ghanaian to participate in a Young Reporters program under the International Sports Press Association (AIPS) in 2012, has since become a serial traveling reporter and record-setter with the coverage of one junior and two senior FIFA Women's World Cup tournaments as well as one FIFA Men's World Cup on her CV.

In the 10-minute documentary, independent media producer Triple A -- whose projects in Russia 2018 and France 2019 were largely self-funded in the absence of sponsorship -- questions the negligence and bureaucracy crippling the development of young reporters in Ghana.

Watch 'We Are TITANS' here: