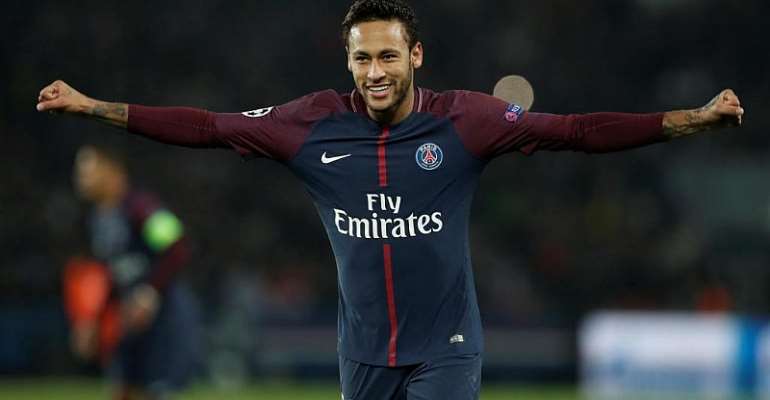 For the second time in as many weeks in Ligue 1, Neymar has emerged as the man of the moment for Paris Saint-Germain. After his last-gasp strike against Strasbourg a week ago, he was again on target on Sunday to give PSG the late victory at Lyon.

"Neymar can do better," said PSG coach Thomas Tuchel. "It's the second or third game in four months for him. He's not at 100 percent capacity.

"He is not at his limit. He can do better, he will do better. He's going to get to his best level, with matches and decisive goals like that, it's going to help him."

The PSG faithful jeered and booed Neymar during the home gaime against Strasbourg at the Parc des Princes.

They were making their feelings known after his public moves to return to Barcelona.

But the much maligned zero went to loudly cheered hero when his acrobatic goal secured the points against Strasbourg.

Decisive
His winners in successive matches have allowed the French champions to consolidate their position at the top of the division.

After six matches, they boast 15 points, three points ahead of Angers and Nice.

"It's a huge result," said PSG midfielder Ander Herrera. "It's never easy to come Lyon and win. They're a well organised team with great players. But we've got Neyamr. I'm delighted to be playing with him."

Herrera, a summer recruit from Manchester United, added: "The transfer window is shut. He's with us now and I just hope he can play well for the rest of the season."