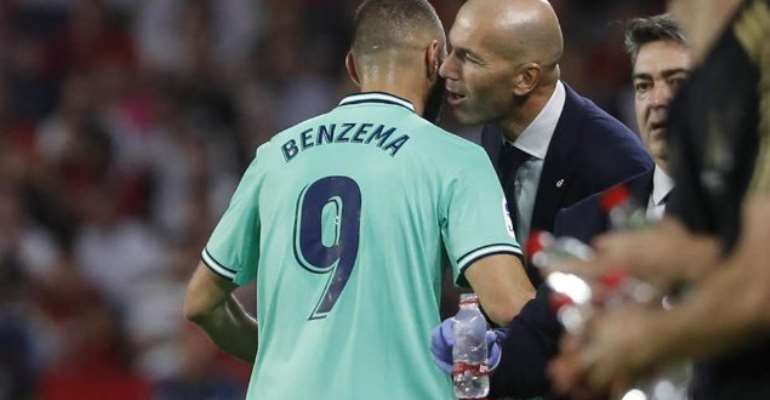 A towering header from Karim Benzema gave Real Madrid an impressive 1-0 win at Sevilla to go level on points at the top of La Liga on Sunday, offering a perfect response to their recent humiliating Champions League defeat at Paris St Germain.

Benzema gave the visitors the lead against former Real coach Julen Lopetegui's Sevilla midway through the second half in a tense game, timing his jump to perfection to meet a cross from Dani Carvajal on the byline and send the ball high into the net.

Sevilla's former Madrid striker Javier Hernandez put the ball in the net for the hosts late in the game but his effort was correctly ruled out for offside, and Real hung on to claim their first win at the Sanchez Pizjuan stadium in five seasons.

The victory saw Madrid climb into second place on 11 points after five games, level with leaders Athletic Bilbao, while Sevilla tumbled from top spot at the start of the weekend to fifth on 10 points.