Man City Will Score 10 Goals In A Match Soon - Foster 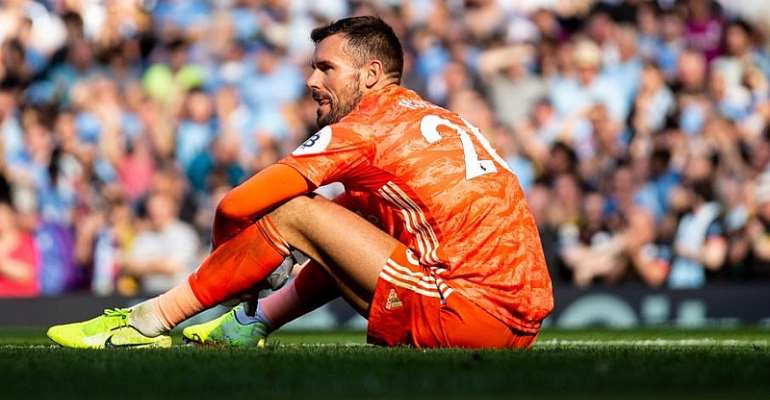 Watford goalkeeper Ben Foster says Manchester City are in such rampaging form that it will not be long before Pep Guardiola's side pump in 10 goals against a team in the same match.

Foster was on the receiving end of City's record top-flight scoreline at the Etihad Stadium, as the hosts racked up an 8-0 victory over Watford in the Premier League on Saturday.

Beaten five times after just 18 minutes, Foster feared the worse was yet to come as City looked to rebound from a shock defeat by Norwich City in their previous league match.

"To get in at 5-0 at halftime I was over the moon," Foster told British media. "As a goalie, coming here in the first place it's almost an achievement to keep it at one or two goals. At times, if they're on it, they are incredible.

"They will do it to somebody, there will be a nine or 10 out there soon," Foster said.

"They were scary at times. It was just relentless. You could see them opening us up and the chances developing in front of your eyes. It was absolutely no fun. In all honesty, it could have been double digits."

Guardiola's City have now scored 24 goals in six league matches this season, seven more than leaders Liverpool and 20 more than basement side Watford.