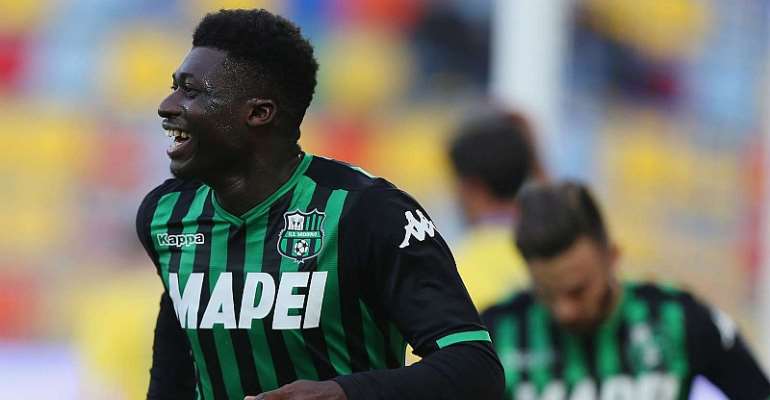 Ghana midfielder, Alfred Duncan was on the scoresheet for the first time this season as Sassuolo cruised to a 3-0 Serie A win over SPAL at the Mapei Stadium on Sunday.

Francesco Caputo gave the hosts a 2-0 first-half lead with his brace.

However, the former Inter Milan midfield kingpin wrapped things up two minutes after the restart, latching on to a loose ball after a scuffle between SPAL goalkeeper Etrit Berisha and Sassuolo forward Domenico Berardi.

Duncan has had a very productive season for the Black and Greens so far, having contributed to their two victories.

The 25-year-old provided two assists in the 4-1 victory over Sampdoria on matchday two, as well one assist in the 4-2 defeat at Roma last time out.

Roberto De Zerbi’s side will hope to make it two wins on the bounce when they pay Parma a visit in Wednesday’s midweek Serie A fixture.