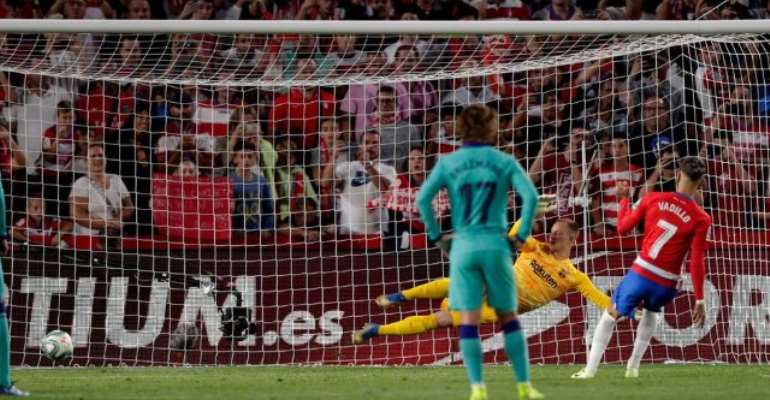 Barcelona fell to a shock 2-0 defeat at Granada on Saturday as the La Liga champions' woeful away form continued and the promoted side provisionally went top of the table.

The Catalans started without all-time top scorer Lionel Messi and teenage sensation Ansu Fati and fell behind in the second minute when Ramon Azeez headed home after Barca left-back Junior Firpo had lost possession in his own half.

Barca coach Ernesto Valverde brought on Messi and Fati at halftime and although their introduction led to an improvement in the visitors' play, forward Alvaro Vadillo doubled Granada's lead in the 66th minute from the penalty spot.

The Catalans, who have failed to win any of their last seven away games in all competitions, are seventh in the La Liga standings with seven points after five matches, while Granada sit on the summit with 10 points.

Second-placed Sevilla also have 10 points and can go clear at the top when they face Real Madrid on Sunday, while Atletico Madrid are third on 10 points after drawing 0-0 with Celta Vigo.