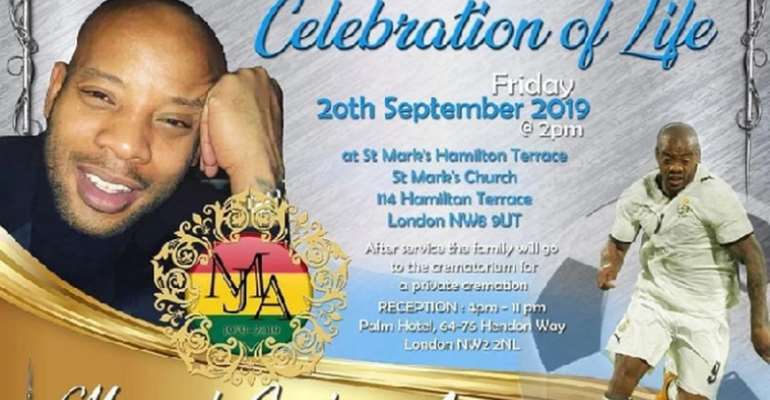 The cremation followed a private funeral ceremony that was attended by the family, friends and a delegation from the government of Ghana.

The government delegation was led by the deputy Sports Minister, Perry Okudzeto.

Agogo died aged 40 in England on August 22 after a period of illness.

He also played for clubs in England, Scotland, United States, Egypt and Cyprus.