Leicester Come From Behind To Beat Tottenham Hotspur 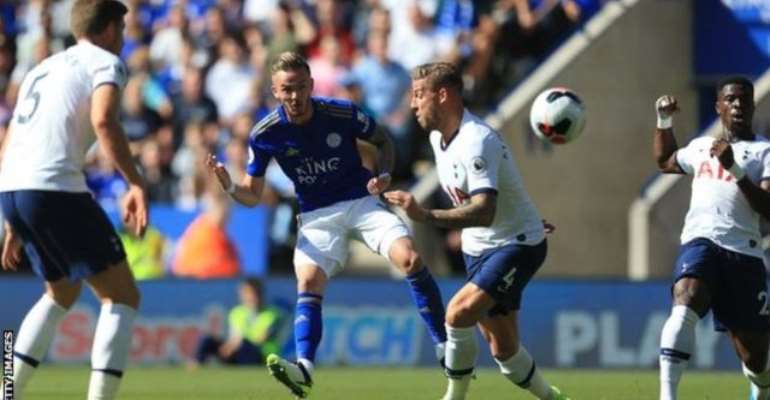 James Maddison's first league goal of the season helped Leicester come from behind to beat Tottenham in an absorbing encounter at the King Power Stadium.

Maddison drilled a superb low effort into the far corner from distance to lift Brendan Rodgers' side back into the top four at the visitors' expense.

Ricardo Pereira had put the Foxes back on level terms, moments after Spurs had been denied a second goal when Serge Aurier's low drive was disallowed for a marginal offside call against Son Heung-min.

Harry Kane's fourth league goal of the season had given Spurs the lead in the first half, the England striker slotting Son's clever flick beyond Kasper Schmeichel despite being knocked off balance by Foxes defender Caglar Soyuncu.

Leicester thought they had opened the scoring themselves when Wilfred Ndidi scored on the rebound after Paulo Gazzaniga spilled Youri Tielemans' effort, but the goal was ruled out for offside by VAR.