Stephen Appiah Opens Up On Constant Racial Abuse In Italy 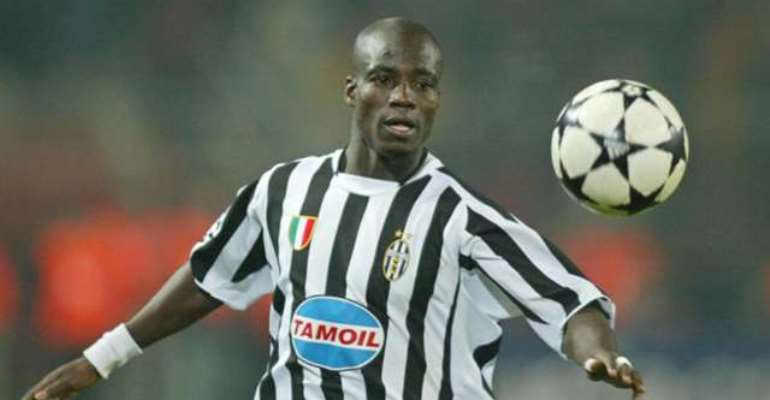 Ex- Ghana and Juventus star Stephen Appiah has expressed worry about the incessant racial chants on black players in Italy but however, believes the behaviours of the players sometimes result to the condemnable act from the fans.

The last few months have seen black-skinned players in the Serie A suffer several racial chants.

Former Ghana stars Sulley Muntari and Kevin-Prince Boateng at a point in time received racial abuse in Italy during their time with Pescara and AC Milan respectively.

Appiah, who spent almost all his playing career in Italy never experienced that fate and believes the conducts of players sometimes account to such acts from the local fans in Italy.

“I don’t think that it’s going to end because it has been there for years,” said former Ghana captain Appiah to Class FM.

“At times, I sit back and ask questions [about] why it [didn’t] happen to me.

“Most of the time, the fans don’t do that [abuse] deliberately but do that when they see that the player is arrogant or the player behaves in a certain way. Through jealousy or envy, the [fans] just come and attack you.

“Or when they know that you’re a good player, they’ll just attack you to distract you from [happenings on] the pitch.”

“I think that’s what they [parents] teach their children at home because I don’t know why a 10 or 12-year-old boy (or girl) will come to the stadium or will see a black person on the street and behave in a certain way,” Appiah added.

“That means it’s not [merely the children’s doing]; it’s their parents who put that thing in their minds.

“We’ve been talking about racism. Fifa, Caf have all involved themselves heavily but still, it’s not going away.

“We hope that one day, it will go.”
The 39-year-old had playing stints with Udinese, Juventus, Parma, Brescia, Bologna and Cesena all in Italy.