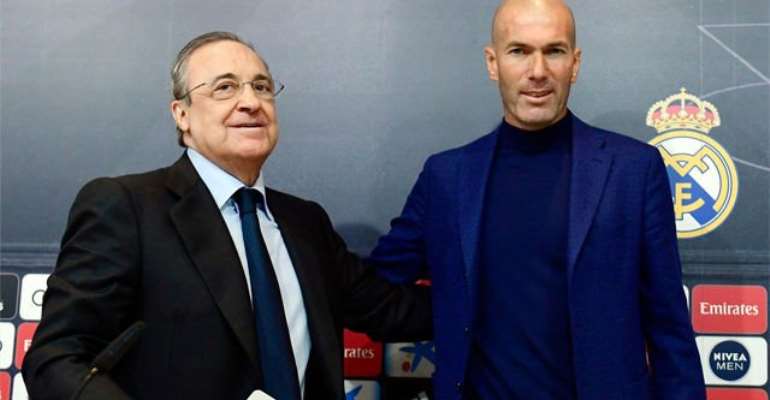 But after a difficult return to the Spanish capital, there are already doubts about Zidane's ability to kick-start Real Madrid's post-Cristiano Ronaldo project.

Madrid suffered a humiliating 3-0 defeat at the hands of Paris Saint-Germain in the Champions League on Wednesday, failing to register a single shot on target.

Club president Fiorentino Perez is not famed for his patience with managers, coupled with a fan base that could also turn on Zidane despite his legendary status.

But the pay-off may put off even the world's richest football club. Madrid agreed to pay Zidane €13m (net) per season. Added with the time remaining on the deal, it equates to €39m (net) and a gross payment of €80m.

Despite the club's lacklustre showing in the Champions League, Real Madrid currently sit third in La Liga, unbeaten and one point ahead of rivals Barcelona. A surge towards a first league title since 2017 may be enough to keep the doubters at bay.