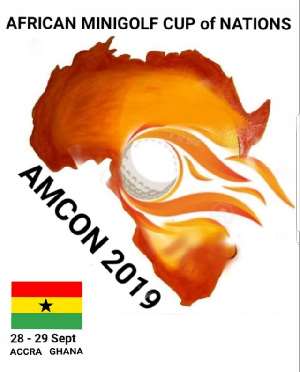 After a successful appearance at the World Minigolf championship in June, Ghana is set to participate in the first-ever African minigolf Cup of Nations (AMCON).

Organised by the African & Ghana Minigolf Federations, under the stewardship of Mr Talal Fattal, AMCON 2019 will take place in Accra on September 28-29 at the Ridge minigolf 18 hole world championship course

There will be cash prizes, trophies & medals given to the winners plus prizes from Electroland Ghana Ltd distributors of NASCO - co-sponsors of AMCON 2019.