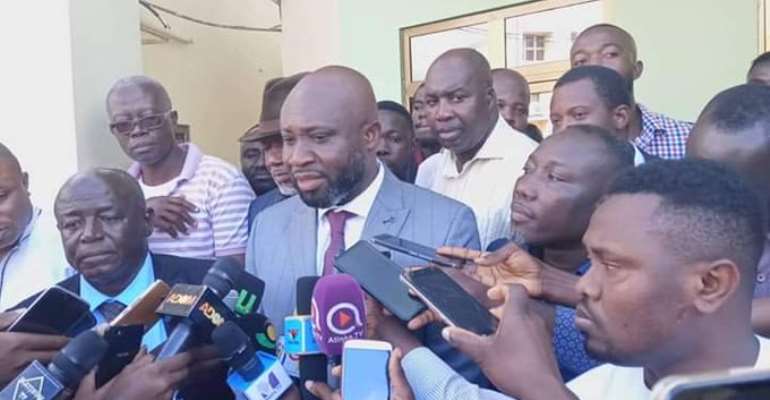 Ten Premier League and 20 Division One clubs have endorsed the Okyeman Planner owner as their candidate in the upcoming elections.

The former Black Stars management committee chairman who is competing for the position with some top guns such as Wilfred Osei Kwaku, Kurt Okraku, Fred Pappoe, Amanda Clinton who said it was a rumour that she was contesting and others are gaining grounds to win the election slated for next month.

George Afriyie had a rousing welcome at the FA Secretariat on Friday as he trooped in with his entourage to the secretariat o submit his forms.

All aspirants competing for a position for the Executive Council and Presidential position needed five clubs to endorse their forms.

However, the former Ghana FA vice president has been massively endorsed and should they replicate this in the upcoming elections will see him become the next Ghana Football Association President.

The elective congress will be held on October 25.

Mahama becoming President again is one of the greatest calam...
6 minutes ago

What Shatta Wale did was childish and stupid — Nii Ayitey An...
14 minutes ago