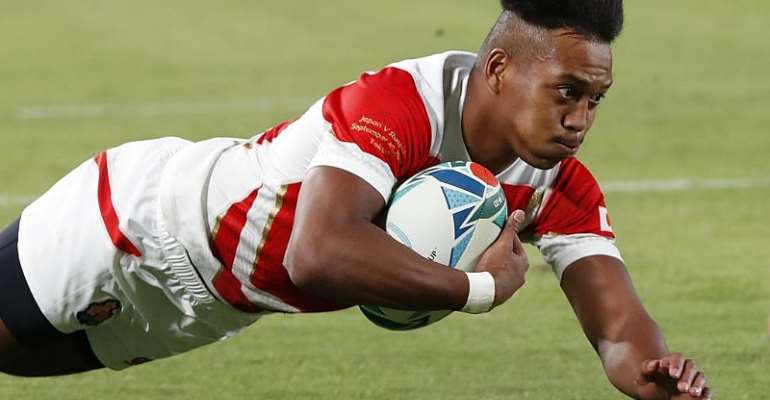 Kotaro Matsushima scored a hat trick of tries on Friday as Japan crushed Russia 30-10 in the opening match of the rugby world cup.

Matsushima's first came after Kirill Golosnitskiy's try had given Russia the lead five minutes into the encounter at the Tokyo Stadium.

It was the fastest try in the opening match of a world cup. Yury Kushnarev made it 7-0 with the conversion.

But the hosts recovered to lead 12-7 at half time.
Afer the pause, with Russian players tiring, Japan's extra fitness and nous kicked in.

Maturity
Japan flanker Pieter Labuschagne ripped the ball from the grasp of Andrey Ostrikov and powered towards the sticks.

His score, following Yu Tamura's penalty early in the second period, increased the advantage to 20-7.

There was scant reply from the Russians who appeared unwilling or tactically unable to guard the right where Matsushima was roaming with intent.

His third try was a scorching run through the Russian rearguard allowing him to make history at his second world cup.

Japan continue their Pool A campaign on 28 September in Shizuoka with a match against Ireland, the world's top ranked team.

The Irish, who have never won a world cup, launch their campaign on 22 September against Scotland in Yokohama.