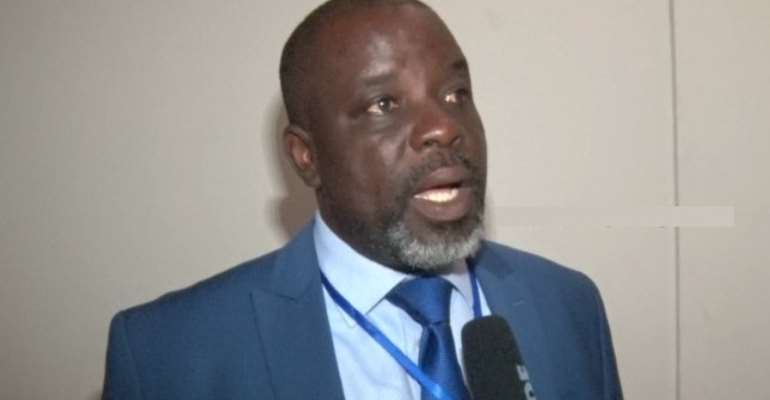 Ghana Football Association (GFA) presidential hopeful, Wilfred Osei Kwaku Palmer has announced that he will launch his campaign in Accra on Wednesday, October 2, 2019.

The bankroller of Tema Youth is aspiring to become the next leader of the football governing body of the West Africa country following the completion of the mandate of the Normalization Committee put together by FIFA and government after the airing of the Anas Aremeyaw Anas Number 12 video.

He picked up his nomination form earlier this week and is confident of being voted for by delegates if he manages to sail through all the processes before the election date.

Though the campaign has already started on the low, Osei Palmer has planned a big launch next month where he will interact with the media and reveal some of his plans for the development and proper running of football in the country.

The launch will come off at the Botsio Hall of the Alisa Hotel in Accra with the media and followers of palmer expected to be in attendance. 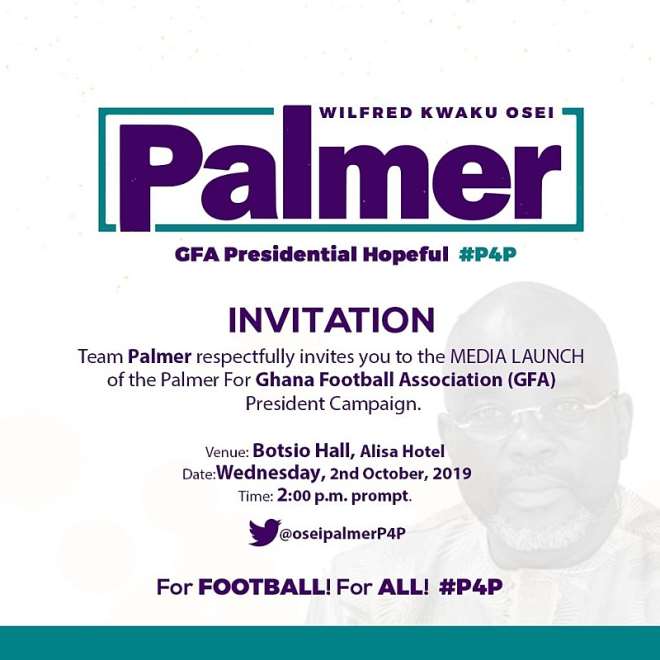