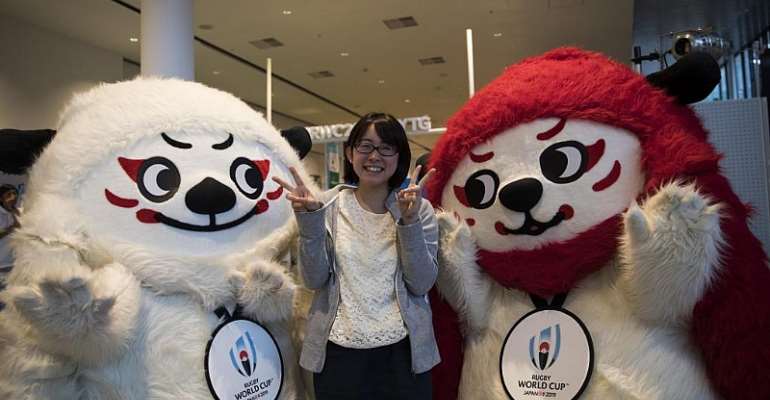 Less than 24 hours after Japan host Russia in Tokyo in Friday's opening game of the 2019 Rugby World Cup, a blockbuster fixture will light up the competition. Holders New Zealand start defending their crown with a clash against South Africa, one of their most unyielding rivals.

The sides drew 16-16 at the Westpac Stadium in Wellington in July in the second match of a truncated Rugby Championship.

South Africa went on to seize the crown from the New Zealanders. Four years ago, just before the 2015 world cup, New Zealand also failed to retain their Rugby Championship title.

In the prelude to Saturday's showdown in Yokohama, Mzwandile Stick, South Africa's assistant coach, urged the match referee Jerome Garces to do his job fairly.

"Hopefully the officials will treat everything equally and respect the game and also respect the fans," he said.

Frenchman Garces has refereed 13 Springboks matches to date, and they have only won four of them.

"Things are a lot more balanced between us and New Zealand right now," Stick added.

"We're looking forward to this challenge, it's going to be a tough one ... against one of the best teams in the world and given the history between the two teams."

The on-field skirmishes date back to Dunedin in New Zealand in 1921. New Zealand have won 58 of the 98 matches.

Nearly a century later, the foes lie second and fourth respectively in the world rankings. Ireland top the lists while England are third. Wales, who won the 2019 European Six Nations title, are fifth and Australia - two-time winners of the world cup - are sixth.

"If you look at the top five or six teams currently in world rankings, you feel any of them have a chance to win the World Cup on their day," Stick said.

The final at the Yokohama Stadium on 2 November will be the 48th match of the tournament.

New Zealand have won the Webb Ellis trophy three times including the inaugural competition in Australia and New Zealand in 1987.

South Africa famously claimed their first title in front of President Nelson Mandela in 1995 at Ellis Park Stadium in Johannesburg. They also captured the crown at England's expense in 2007 in France.

Domination
Since then, New Zealand have been ruthlessly guarding the prize. In 2011, the All Blacks edged past France 8-7 at Eden Park in Auckland. Four years later, they beat Australia 34-17 in a pulsating final in London.

France and Argentina also play on the second day of the tournament along with Australia and Fiji. Of the quartet, only Australia are considered potential finalists.

Japan, who beat South Africa in the pool stages in 2015, are not expected to challenge for the ultimate prize. However World Rugby, the organisers, hope the six-week extravaganza and the estimated 400,000 visitors will fire interest in the game in Japan where baseball, football and sumo wrestling enjoy far greater popularity.

"You only need to visit the host cities or turn on TV or social media to see that this tournament is going to be very, very big and popular," said World Rugby chief Brett Gosper.

"Towns and cities are embracing the teams with huge passion. Japan is already proving to be a spectacular host. It's an eye-opener."