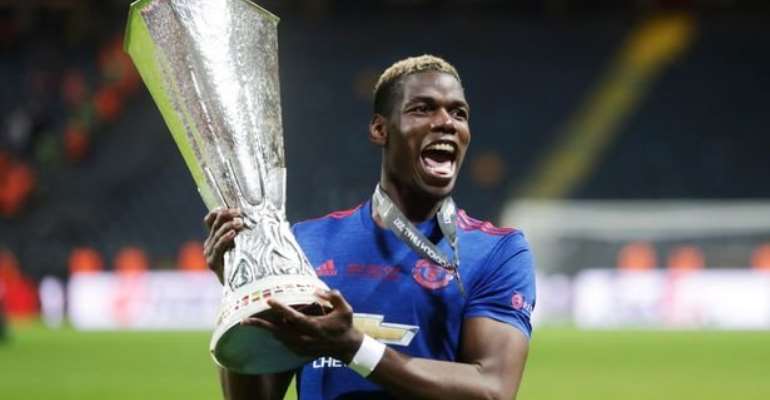 The Europa League begins its group stage on Thursday, with the three Premier League combatants taking on clubs from Kazakhstan, Portugal and Germany.

Manchester United’s kids are gonna get some playing time when Astana visits Old Trafford on Wednesday.

Teenager Mason Greenwood and 21-year-old Axel Tuanzebe will start, and Sergio Romero will be between the sticks.

And the Manchester Evening News notes that Tahith Chong and Angel Gomes could also start at Old Trafford, meaning the veterans in the fray will be quite important.

Enter Fred, the forgotten $68 million man from Shakhtar Donetsk. The 23 minutes he played last week versus Leicester City account for his lone time on the pitch this season.

Here’s Ole Gunnar Solskjaer: “I’m sure we’ll see more and more of Fred. We spoke about it earlier, he’s had some great games in midfield with Scott against PSG and Arsenal, for example, and we’re just waiting for that to flourish.”

Fred had an odd record under Ole Gunnar Solskjaer last season, barely in the squad when the team started hot but trusted against PSG and Barcelona in the Champions League.

Speaking of little-used midfielders, Arsenal boss Unai Emery is getting a little grief for leaving Mesut Ozil behind for the Gunners’ trip to Germany for a big match with Eintracht Frankfurt.

Ozil made his first start of the season in Arsenal’s 2-2 draw with Watford at the weekend, playing 71 minutes and departing with the club up 2-1.

So why not even bring him abroad? Rest.
“Because we are going to play another match on Sunday,” Emery said, via The London Evening Standard. “My decision is because he played and also I’m thinking tomorrow the focus and the first 11 and after that I decided who are the players who can be the best for tomorrow and also the players not and that is Sokratis and Mesut.”

Sokratis Papastathopoulos is also out, having played a big role in the embarrassing performance at Watford.

There have been tough times for Wolves as well, who sit in the relegation zone after five matches of the Premier League season.

They’ve been quite good in Europa League, though, dispatching a pair of minnows before winning both legs against Serie A side Torino.

Why the inconsistency? It’s not fixture congestion, according to Ruben Neves:

“I don’t think fatigue has anything to do with it, Neves said, via The Birmingham Mail. “We’re all top players, we’re used to it, we’re used to playing a lot of games in quick succession. I don’t think the Europa League has (anything) to do with our position in the Premier League. Obviously, we haven’t had the start that we’ve wanted, but it’s been a beautiful journey into the Europa League. This is a historic moment for Wolves and we’re going to do our best in this competition.”

Nuno Espirito Santo‘s men are in Portugal to meet Braga, one of three tricky opponents in Besiktas and Slovan Bratislava.