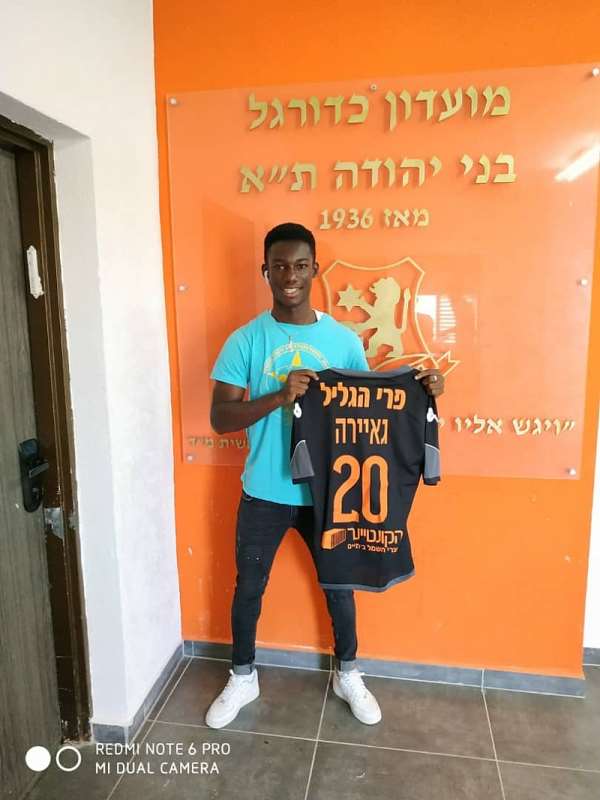 The highly-rated central midfielder was recently discovered by top scouts Noam shamah and Rafi Shmulem who seems to be gradually creating a niche for themselves in the West African Country.

Prince Charles spent the last two weeks on trials at the Israeli Premier League club where he has managed to convince the technical handlers to push for his signing on a permanent deal.

The 18-year old has now successfully penned a one-year contract with an option to extend for an additional 2 years depending on his inputs at the end of the season.

The formal Golden Academy man is expected to join the u-19 side of Bnei Yehuda Tel Aviv F.C where he will be wearing the number 20 jersey.