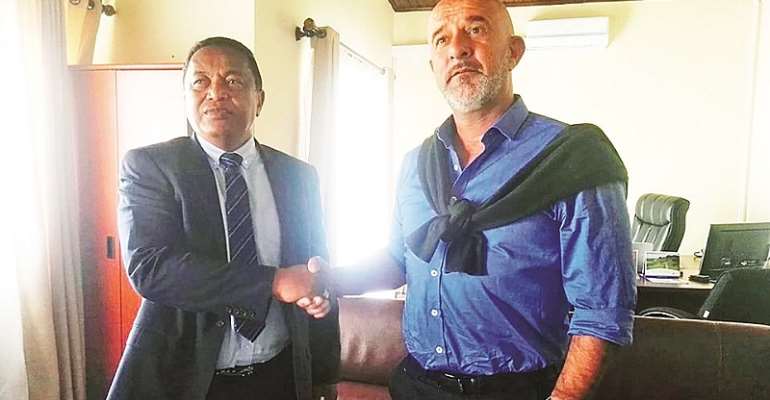 The Malagasy Football Association has taken the decision to name head coach for the Madagascar national team Nicolas Dupuis as their new director of football following his outstanding leadership in the last couple of years.

The gaffer who is a French international has been with the Barea since his appointment back in March 2017.

He secured qualification for the side to the 2019 Africa Cup of Nations (AFCON) for the first time in the country’s history on October 16, 2018, when they defeated Equatorial Guinea 1-0 in Antananarivo.

Marking their debut at the continental showpiece, Madagascar went all the way to the quarter-finals after beating Nigeria in their last group game before moving on to dispatch D.R Congo in the round of 16.

Having been knocked out by Tunisia in the quarter-finals, the team was received back home with a hero’s welcome for their performance in the tournament under the leadership of Nicolas Dupuis.

After selecting a new president for the Malagasy Football Federation (MFF) in Arizaka Raoul Rabekoto, the French tactician have been given an additional role as the country’s new technical director on a four-year deal.

Dupuis is expected to be paid by Madagascar president HE Andry Nirina Rajoelina who has shown his commitment to work with the MFF to promote and develop the sports in the country.