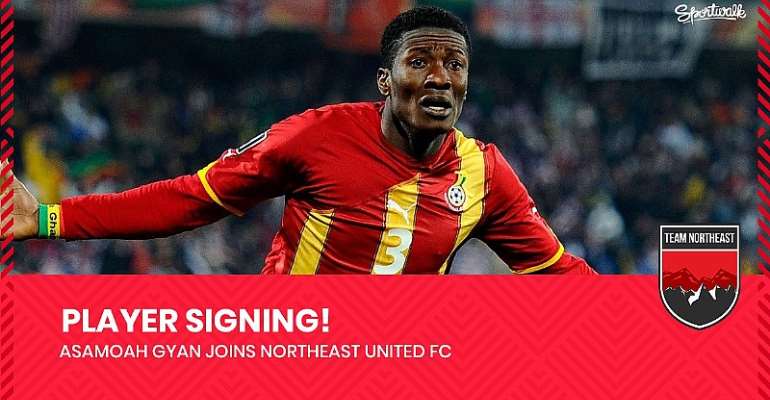 Gyan, 33, joined the club on a free transfer after leaving Turkish side, Kayserispor in the summer.

Gyan who has played 107 appearances for Ghana, was part of the 2010 World Cup team that reached the quarter-final in South Africa. The 33-year-old played for several European clubs including Udinese, Rennes and Sunderland.

He had a taste of Asian football before having spent six years in the continent playing for clubs like Al Ain, Shanghai SIPG and Al Ahli Dubai. He then moved back to Europe for a stint with Turkish club Kayserispor.

He is NorthEast United’s eighth foreign recruit this season he will hope to make an impression on the ISL, just how he has done in almost every league that he has played in.