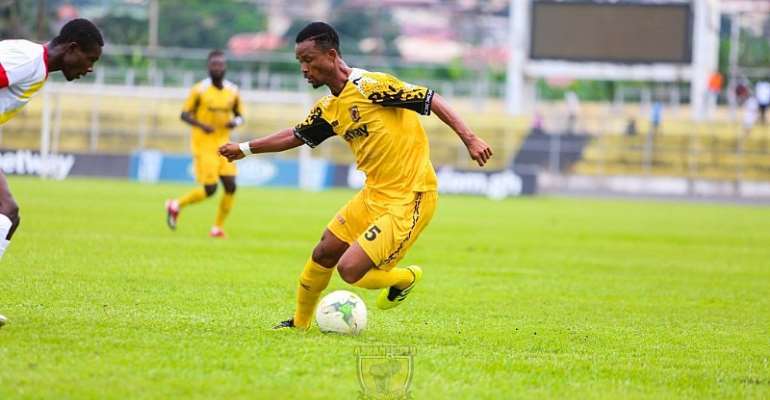 Ashanti Gold left-back, Eric Donkor has defended his teammate Richard Osei-Agyemang who has been criticized since the team’s 3-2 win over RS Berkane in the CAF Confederation Cup.

Osei-Agyemang has been attacked by the supporters of the club after struggling in the game against Berkane.

He is believed to have played through pains having sustained an injury at training which saw his performance on the day hanging as he committed several blunders forcing Coach Ricardo Da Rocha to pull him out in the second half for teammate Ibrahim Musah.

Despite receiving lots of backlash from fans, his teammate Eric Donkor has jumped to his defence.

“Bad days happen in football. I will not feel good if I were in his shoes but we are a team. We win together and lose together. We are just encouraging each other and you can see the support we are giving to each other,” Citisportsonline.com quotes him.

“We need to fight as a team. Osei Agyemang has been fantastic for us and so, one bad day does not mean he is a bad player. He needs to keep his head up and we fight together.”

Coach Ricardo is still likely to name the former Kotoko defender in his squad for the trip to Morocco next weekend.

Ashanti Gold must avoid defeat to progress to the playoff round in the CAF Confederation Cup.