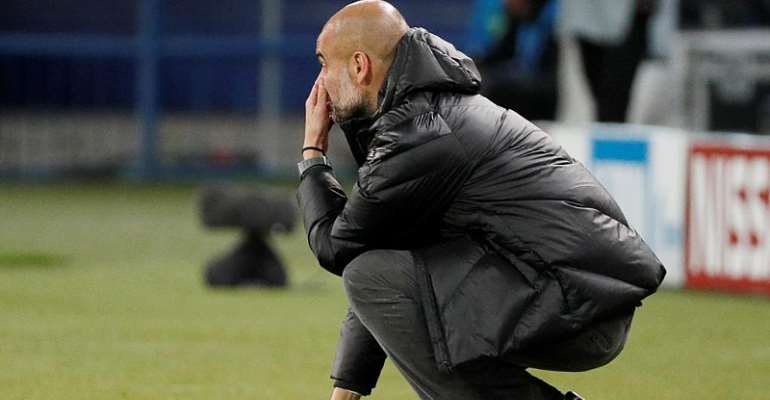 Manchester City made light of their lack of recognised central defenders on Wednesday night with an emphatic 3-0 victory at Shakhtar Donetsk in the Uefa Champions League.

City boss Pep Guardiola was forced to deploy the midfielder Fernandinho at centre-back after losing Aymeric Laporte and John Stones to injuries.

But the 34-year-old Brazilian slotted in impressively as City surged into a 2-0 lead at the Metalist Stadium with goals in the first-half from Riyad Mahrez and Ilkay Gundogan.

Gabriel Jesus wrapped up the points for City in the 76th minute when he slotted home from Kevin De Bruyne's pass.

"When you win the manager makes the right decisions, when you lose the wrong decisions," said Guardiola whose side went down 3-2 at Norwich City in the Premier League on Saturday.

"We lost one game in eight months and we will not doubt who these players are. It is a joy to be their manager," Guardiola added.

Maturity
"We defended really well against Shakhtar and created chances. We don't have many choices in defence. Fernandinho's the only one I have. He is a clever player and so intelligent and an incredible guy.

"He has a lot of experience and personality and what he says the people follow him in the locker room. He's important."

"Three points away are so important," said Guardiola. "Now it's in our hands. If we can close the games at home then we will be in the last 16.