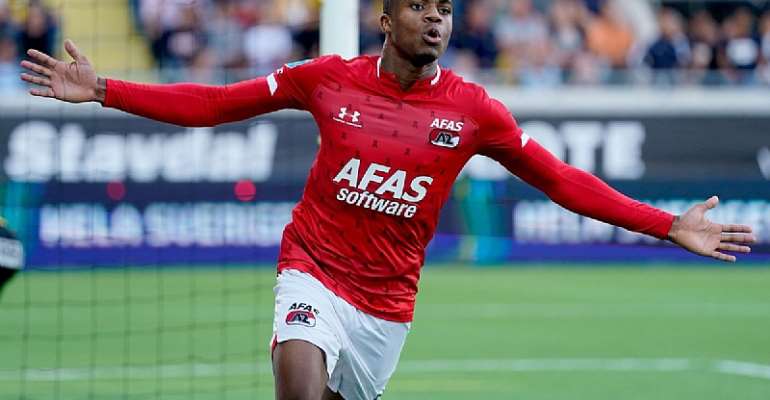 Dutch-born Ghanaian attacker, Myron Boadu has expressed his delight to having his AZ Alkmaar side in the same group with Manchester United in this season’s Europa League competition.

The youngster has been unplayable since the start of the Eredivisie and is expected to be key for his side if they are to enjoy success in the European second-tier inter-club competition.

Speaking to vi.nl in a build-up to AZ Alkmaar’s first match in the Europa League, Myron Boadu has opened up on how he reacted when he received the news that they will be in the same group with Manchester United.

According to him, he kept shouting with joy because the English Premier League giants are his best foreign club.

“I went completely crazy. Manchester United is my favorite foreign club. Always been”.

“We were on the bus during the draw, back from Belgium after our game against Antwerp. I saw that the chance became increasingly greater that we would come into the group at United”.

“I already shouted on the bus beforehand that it would happen. So when that also came true, I just sat there screaming for joy”, the highly-rated winger said.