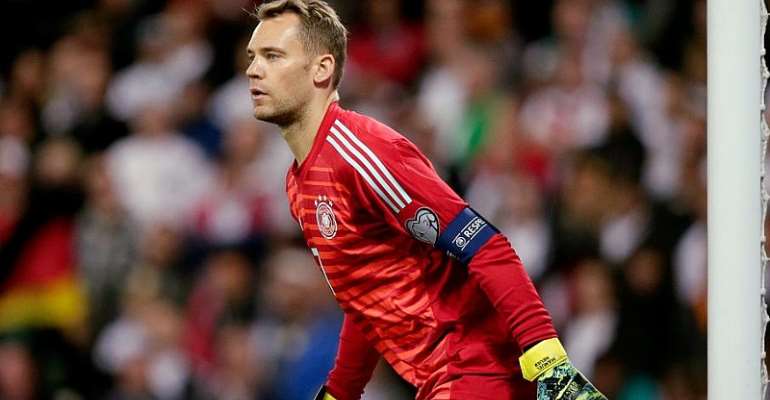 A spat between Germany's No 1 goalkeeper Manuel Neuer and contender Marc Andre ter Stegen could soon be settled off the pitch with the former considering international retirement next year, according to a SportBild magazine report on Wednesday.

Bayern Munich's Neuer, who has 90 caps, has been the undisputed No 1 since 2010 but Ter Stegen's form with Barcelona in recent seasons has made him a strong challenger ahead of Euro 2020.

After failing to get any playing time in their recent Euro qualifiers against Netherlands and Northern Ireland, the 27-year-old Ter Stegen, with 22 caps to his name, voiced his dissatisfaction.

Neuer then demanded stronger support from his fellow keeper and said his starts were down to good performances before Ter Stegen responded this week, saying Neuer's comments were "inappropriate".

But according to SportBild magazine, 2014 World Cup winner Neuer, who will turn 34 next year, is "seriously considering" putting an end to his illustrious Germany career after Euro 2020, should his team qualify.

Neuer, who plays for Bayern Munich, has won almost every major domestic and international title for club and country, including the World Cup and Champions League, apart from the European Championship.

The next major international tournament after Euro 2020 is the 2022 World Cup.