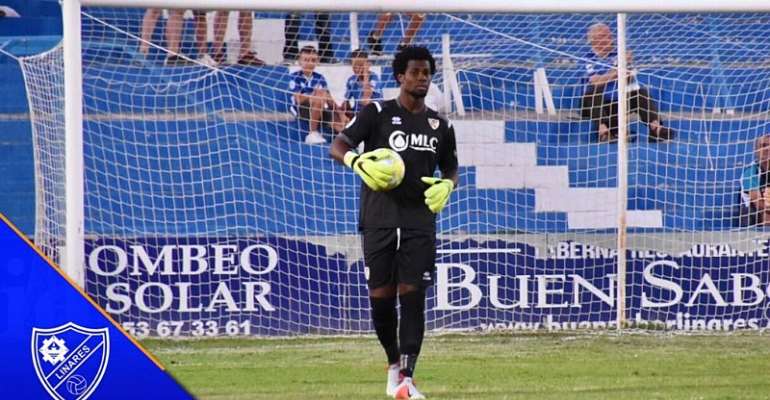 Former Black Stars goalkeeper, Razak Brimah is currently making a name for himself with Linares Deportivo in the fourth-tier of Spanish football after keeping three clean sheets in his last four matches.

The ex-Córdoba shot-stopper joined Linares in the summer transfer window after seeing out his contract with South Africa Premier League side Mamelodi Sundowns.

Since arriving at the club, Brimah has established himself as one of the best players, helping them to the summit of the league standings.

In the first three matches of the season, he kept consecutive cleans sheets before conceding in his last match when Linares Deportivo posted a 2-1 win over Motril.

The Ghanaian international has now become a household name at the lower division side, with fans seemingly falling in love with his week after week performances.

Razak Brimah, 32, is now hoping to continue his fine form to the season to help Linares Deportivo secure promoting to the Spanish third-tier division at the end of the ongoing 2019/2020 season.