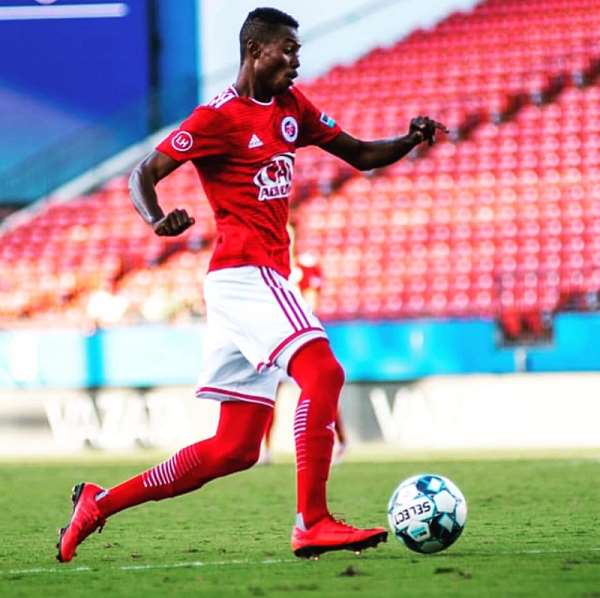 Ghanaian youngster Richard Danso has been named in the United Soccer League (USL) ‘team of the week’ for week 25 following his impressive display for North Texas over the past weekend.

The player recently secured a loan move to the American club from West Africa Football Academy (WAFA) and has been in fine form after settling in the League.

The midfielder was handed a start last Sunday when his side locked horns with Tormenta. At the end of an entertaining fixture, Danso’s side emerged victorious with the WAFA man finding the back of the net.

His goal after Antley had given the side the lead, steered North Texas to a 2-1 victory, ensuring that they amassed all three points at the end of the 90 minutes.

Also, feature on the USL team of the week is compatriot Wahab Ackwei who played in defense for Richmond Kickers in their 1-0 loss to Forward Madison on Saturday.

Below is the full list of players that made it to the USL team of the week.