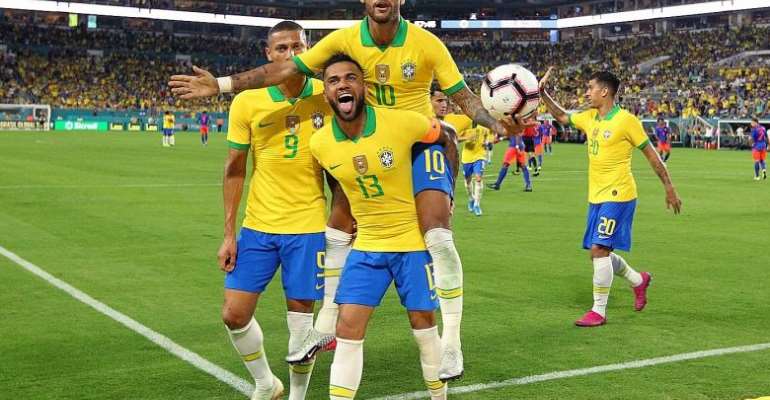 Brazil have confirmed they will face Senegal on 10 October and Nigeria three days later at the National Stadium in Singapore.

It will be the first-ever meeting between Brazil and Senegal, who lost the Africa Cup of Nations final to Algeria and are the continent's top-ranked African side.

Nigeria, who won Bronze in Egypt, will be meeting Brazil for the second time at senior level following a 3-0 defeat in a friendly in June 2003 in Abuja.

"We chose two of the best African teams because they are high-level opponents," Brazil Football Confederation official Juninho Paulista said on the website.

"It was a wish of the technical commission. So we went after these opponents."

The friendlies are in line with Brazil's wishes to play top 50 ranked teams whenever possible.

Brazil's only other Africa opponent under coach Tite was a 1-0 win over Cameroon in November last year, in a match played in England.

It will be Brazil's second game in Singapore following a Neymar-inspired victory over Japan in October 2014.