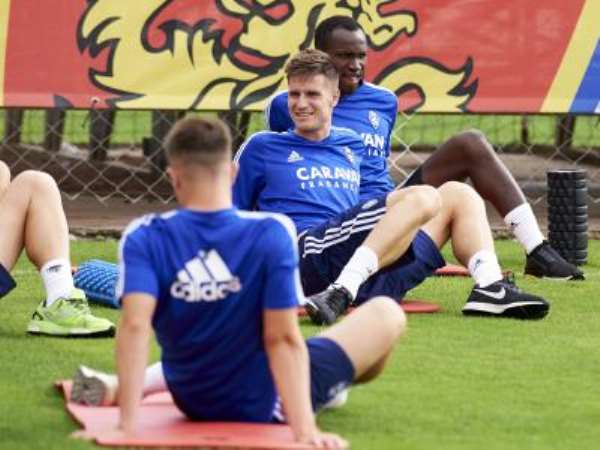 Ghana striker, Raphael Dwamena and his Real Zaragoza teammates have wrapped up their training session ahead of their Wednesday clash with Fuenlabrada in the Spanish Segunda Division.

The player's did a recovery training after their Sunday’s 3-1 victory over Extremadura.

Dwamena, 24, got his first goal for the team in that game and he completed 62 minutes of the tie.

The team’s fans were excited to see the Ghanaian grab his second goal in the league for them and thus, the team’s official Twitter handle shared the crowd reaction as the ball went into the net.

The Levante loanee's first goal for the club in the league was against Alcorcon on September 9.

He is expected to be part of the team that travels to face Fuenlabrada as Real Zaragoza seek to go to the top of the table.

They are currently two points behind Cadiz who are top on 15 points.