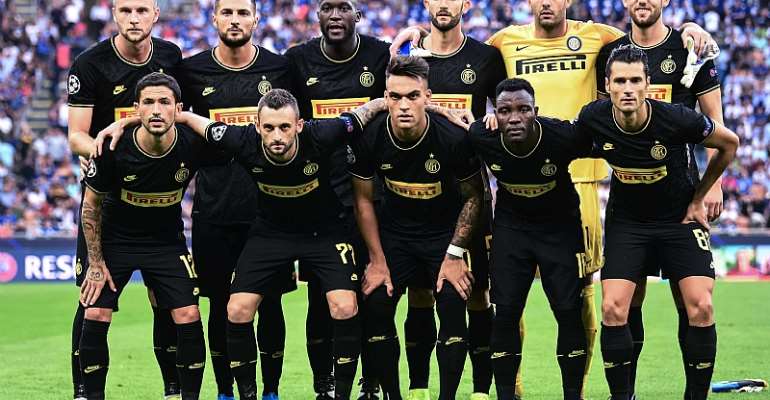 The Italian Serie A side has been impressive since the start of the regular season and opened their UCL campaign by hosting their Group F opponent from Czech Republic.

The away side put up an outstanding performance in the first half of the game and managed to neutralize the threat of Italian tactician Antonio Conte throughout the period.

A good start to the second half saw Slavia Prague getting into some dangerous positions as they searched for an opening goal to upset their host. That dream became a reality on the 63rd minute when Peter Olayinka reacted quickest in Inter’s penalty area before smashing home his effort.

Now in need of a goal to get back into the match, Conte resorted to his bench and made some key substitutions. Nicolo Barella who replaced Marcelo Brozovic restored parity for the Serie leaders in the dying minutes of the match.

Kwadwo Asamoah lasted the entire duration of the match but on a yellow card as a result of a mistimed tackle on Ivorian international Ibrahim Traoré.