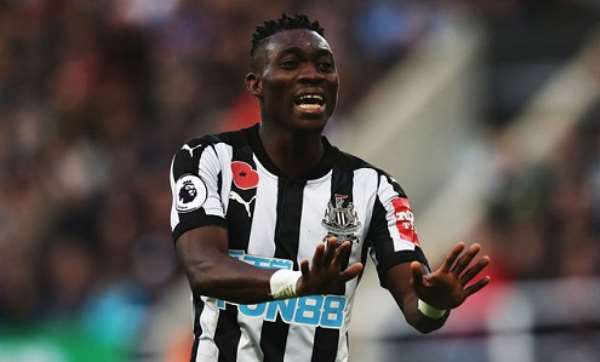 Christian Atsu has apologised to his Newcastle United teammates and fans of the club for an error he committed which cost the club during their Premier League game against Liverpool on Saturday.

The Magpies were humbled by Liverpool losing 1-3 to the Anfield on Saturday.

The lack of proper judgement on the part of Atsu cost his club the second goal after Jetro Willems had given the Magpies an early lead.

“We were in the game – we scored one - then it was unfortunate that I gave the ball away. The second goal was very crucial in this game. I can only apologise to the players and also the fans," he told reporters after the defeat

Five minutes before recess, the Ghanaian international was dispossessed in his own half after he was closed down Joel Matip and Roberto Firmino who fed Sadio Mane with a through pass to put Liverpool in front.

“They’re a top team. We knew that. Against these teams, when you make a mistake, you’re going to get punished. They scored from our mistakes, and we have to take the positives out of this and focus on the next game.

“In the first 20 minutes, I thought we were very good. We defended really well. We had a go. We knew it was going to be difficult.

“Like I said, it was very unfortunate that they scored to make it 2-1 from the ball I lost in midfield. Liverpool are very good. When you lose the ball in midfield, they’re going to punish you”, Atsu said.