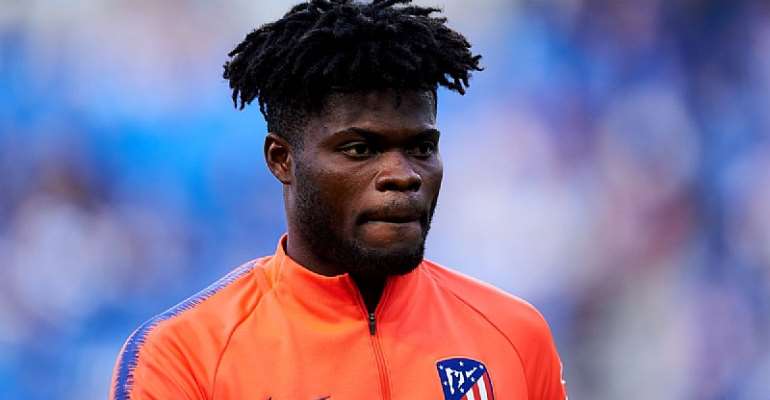 Atletico Madrid midfielder, Thomas Partey has insisted that he is committed to playing for his club despite speculations linking him to various clubs in Europe.

The former Tema Youth product was linked away from the club during the summer transfer window.

But according to the 26-year-old, since arriving at the Wanda Metropolitano as a child he has grown not only to play for the team but also become a fan of the club.

“I always think about the present”, Partey told Mundo Deportivo in an interview believes he would be ungrateful to turn his back on his current club because of what they had done for him.

"All I have achieved is thanks to this club and I am very grateful", he stated.

Partey said since he was still singed to Atletico Madrid he only thinks about giving his all to the club each year.

"Now I am here and I only think about giving it all every year. In the future you never know what will happen. I think of Atleti and giving everything. I arrived as a child, this club welcomed me. Now I am a player and also a fan”, he added.