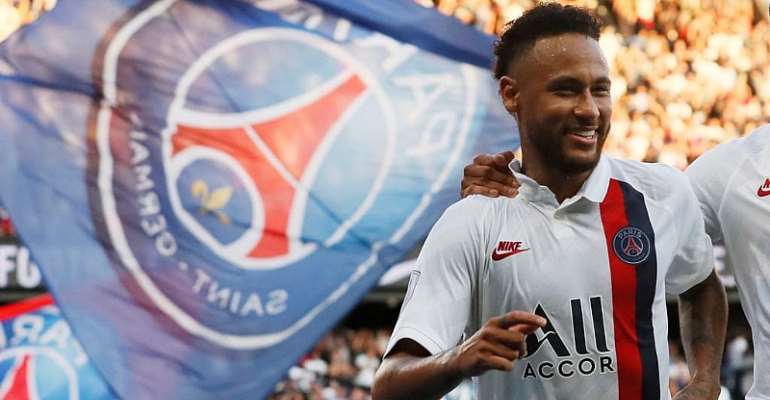 The Court of Arbitration for Sport on Tuesday reduced a Champions League ban on the Paris Saint-Germain forward Neymar from three games to two. PSG took the case to the Switzerland-based tribunal after European football's governing body, Uefa, rejected their appeal.

Neymar was suspended for his comments after PSG were eliminated from the 2019 competition last March.

Watching from the stands at the Parc des Princes as he recovered from a foot injury, he took to social media to criticise the decision to award a stoppage time penalty to Manchester United.

Referee Damir Skomina had initially given a corner after Diogo Dalot's shot struck the PSG defender Presnel Kimpembe in the penalty area.

But with the aid of the video assistant referee, the Slovenian judged that Kimpembe had handled the ball.

Defeat
Marcus Rashford converted the spot kick to give United a 3-1 win and passage into the last eight.

Neymar wrote on social media: "It's a disgrace. Four guys who know nothing about football watch a slow-motion replay in front of the television. What can he do with his hand while his back is turned?"

Uefa charged the 27-year-old with insulting the referee and slapped the Brazilian with a three match ban.

The Cas ruling means Neymar can play against Club Bruges on 22 October after sitting out the games against Real Madrid and Galatasaray.

The judges say they will publish the reasons behind their decision in a few weeks.

On Saturday, Neymar scored a spectacular stoppage time winner as PSG beat Strasbourg 1-0 at the Parc des Princes to stay top of Ligue 1.

Thousands of supporters jeered his every touch of the ball following his failed attempt to engineer a move back to Barcelona.

In July 2017 PSG paid the Spaniards 222 million euros for Neymar in an attempt to help the club achieve glory in the Champions League.