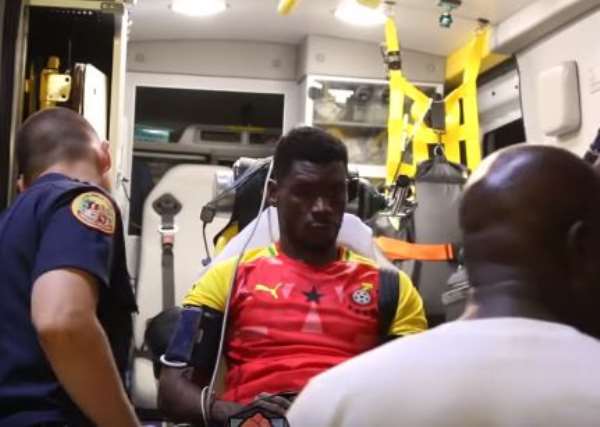 Ghana’s Patrick Allotey needed a trip to hospital after his heavy loss to WBC Super Welterweight champion, Jaime Munguia, on Saturday in California.

Allotey was hoping to become Ghana’s newest world boxing champion when he went into the ring to the face the Mexican but that quest ended after just four rounds as he was sent to the floor three times between the start of the bout and when it was ended. 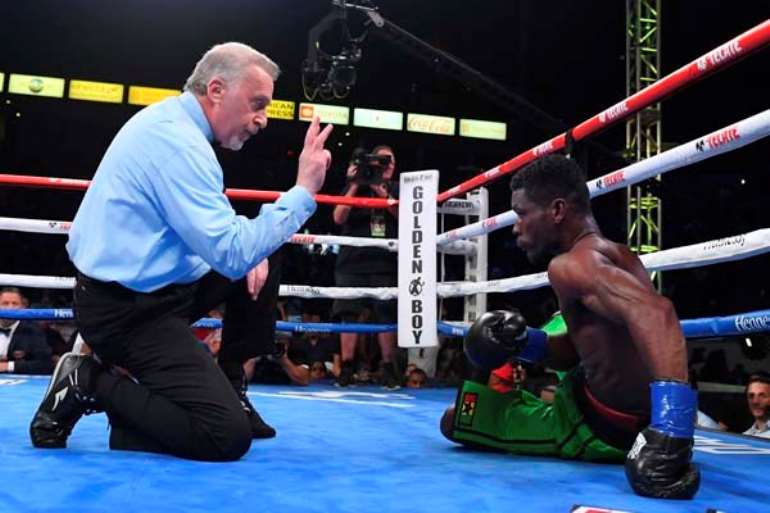 Allotey being given the count by the bout referee

After the bout, Allotey was seen being put into an ambulance and he was sent to the hospital for further checks on his health after being involved in a very physically tasking bout with Munguia.

The Mexican champion said after the bout that he could see Allotey was not in the best shape after the bout and thus, hoped the Ghanaian would feel better after the examination at the hospital.

“It was a process working him and breaking him down.

"When I knocked him down with a body shot he was breathing heavy. I hope he is well and I wish him a speedy recovery and the best.”

A YouTube video of Allotey being conveyed into an ambulance was shared by Fight Hub TV after the bout.