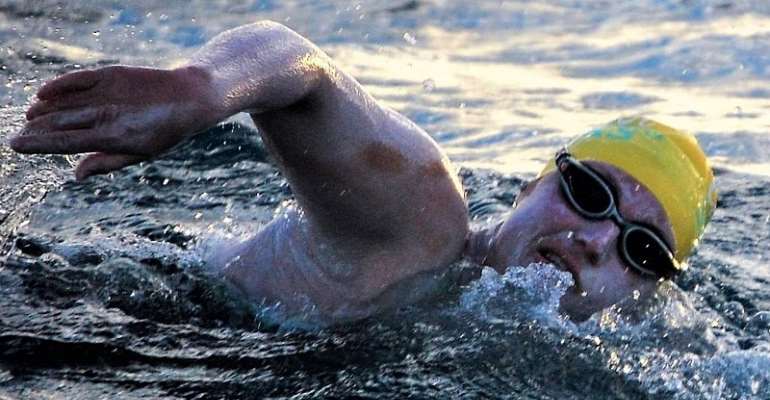 On Tuesday morning in Dover on the southern English coast, the 37-year-old American finished a 54-hour swim that propelled her into the record books.

She dedicated the accomplishment "to all the survivors out there".

The open water ultra marathon swimmer was pushed back by strong tides on the final leg of her quest. Trackers showed that she had covered 134 miles instead of the scheduled 80.

Before she started, Thomas wrote on social media that she would need some luck to eclipse the four people who had swum the Channel three times non-stop.

After she arrived, she received a flood of compliments from fellow ultra swimmers and former professional athletes.

Lewis Pugh, the environmental campaigner and endurance swimmer, praised Thomas for her exploit.

.
After being inducted into the International Marathon Swimming Hall of Fame in 2018, Thomas told the Daily News of Open Water Swimming: "I think it's great to be recognised, especially when I have more swimming left to do.

"It's amazing that my swims are being recognised now. I hope that the added exposure brings more people into the sport as they follow along on my adventures."