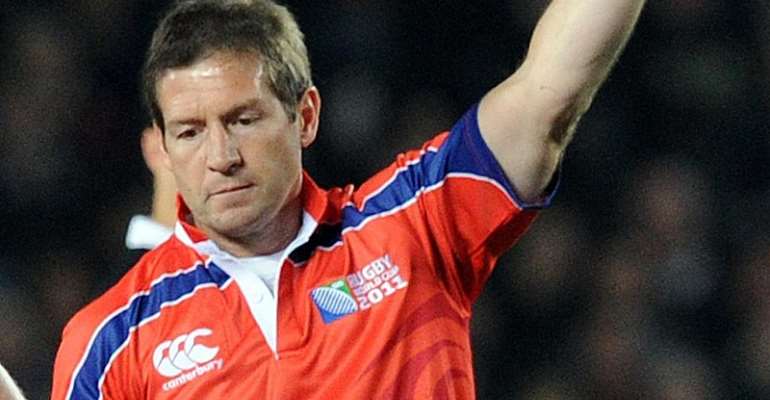 Rugby world cup referees boss Alain Rolland warned on Monday that officials would be more rigorous in penalising high tackles during the tournament in Japan. New guidelines have been drawn up with coaches aimed at reducing the number of collisions above the neck.

However concerns have been raised that the event could be littered with red cards due to inconsistency among the match officials.

"I'd be very confident that the players are aware of the high-tackle framework and how it works," said Rolland, a former top international referee.

He said referees needed to consider whether there was head contact, whether the degree of danger was high or low and whether there were any mitigating circumstances which could reduce the punishment from a red card to a yellow or just a penalty.

Rules
"We've made it very clear what the high-tackle framework is, how it operates but more importantly how it is there to protect them."

The television match officials have also been given the latest technology allowing them to home in on incidents.

The video watchdogs have been urged to intervene when they see serious acts of foul play.

Rolland said that if illegal moves produced a flurry of red and yellow cards, the problem would stem from the players and not officials.

The rugby world cup kicks off 20 September at the Tokyo Stadium when the hosts entertain Russia in Group A.

Another 46 matches will be played before the final on 2 Novermber at the International Stadium in Yokohama.

New Zealand, who are seeking a third consecutive title, are among the favourites along with Australia, South Africa, Wales and Ireland.