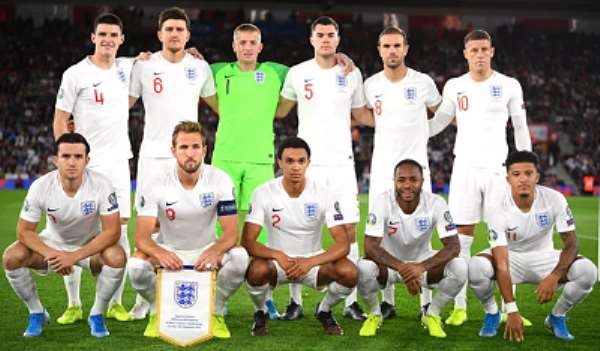 England football heroes have been hit by a damaging rift over a £3million World Cup bonus.

Senior stars including Harry Kane and Jordan Henderson struck the deal for reaching the semi-final in Russia.

Other players not part of the talks were left shocked by the agreement — slammed as “greed” by fans and goalkeeping legend Peter Shilton.

Separately to this The Sun on Sunday can reveal that a “commercial committee” of stars negotiated a performance bonus with the FA.

The committee had instructed sports lawyer Paul Fletcher, 46, to pay it to image rights firms — a move which could have reduced income tax bills.

But in the end the players were paid as employees of the FA. The association also paid the National Insurance due on the bonus — £18,809 per player.

A source said: “The bonus was a shock to those who didn’t know about it and were not in the consortium.

“They found it strange that these super-rich lads needed more money.

“Some thought it was unnecessarily greedy. But at the end of the day nobody was going to turn it down.”

England’s most-capped player Shilton, 69, added: “It shows an element of greed among some.

“It is a little crack on the image of a great World Cup.”

Matt Ellis, 44, of Stockport, followed Gareth Southgate’s team in Russia, where they bowed out 2-1 to Croatia.

Matt blasted: “It’s disgusting the players insisted on the cash when they are paid so much.

“They lifted the whole country with how well they did. That should be their reward, not money.”

After the tournament, striker Kylian Mbappé, 20, who starred for winners France, donated all of his bonus and match fees, totalling £360,000, to a children’s charity.

Team-mate Blaise Matuidi followed suit. He said: “Kylian is right when he says that we earn a lot of money. For us it’s not much, but what we do is huge for them.”

They said: “We only play for Greece and its people.”

England squad appearance fees went to the England Footballers Foundation (EFF) which works with charities including Unicef, Cancer Research and Help for Heroes.

It is not known what each player did with their bonus sums. Some may have donated to their own good causes.

The FA declined to comment last night. It got £18million prize money from Fifa after England came fourth, plus millions from kit sponsor Nike.

Earlier this year the FA agreed a five-year sponsorship deal worth £50million with BT.