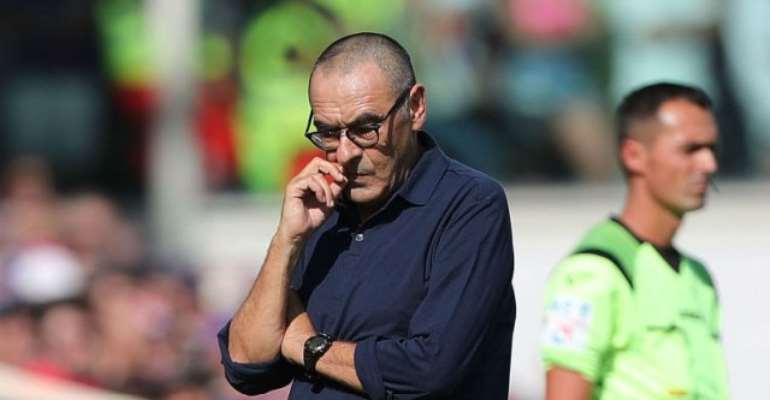 The five talking points from the weekend’s Serie A games.

Bologna coach Sinisa Mihajlovic watched his team's match at Brescia from his hospital bed as he underwent a second bout of treatment for leukaemia. But that did not stop him from giving his players a half-time roasting which inspired a comeback.

"At the end of the first half, Mihajlovic called the coaching staff who told us how angry he was about the score and this shook us up," said forward Rodrigo Palacio, whose side hit back from 3-1 down to win 4-3.

"We really miss having him on the bench with us."
The team bus stopped by Mihajlovic's hospital on its way back to Bologna and the players celebrated outside his window.

SARRI'S EXCUSES MAY NOT CONVINCE AT JUVE

Juventus coach Maurizio Sarri rolled out the excuses after the Serie A champions were held to a 0-0 draw at Fiorentina.

Sarri, who missed Juve's opening two games with pneumonia, blamed the three o'clock kick-off time in Florence and a spate of injuries for the Turin side's poor performance. Douglas Costa went off after seven minutes, Miralem Pjanic before halftime and Danilo in the second half.

"It was a very complicated situation because we had to use up all our substitutions when three changes with fresh players at key moments would have been important," he said.

"To play at three o'clock is different to 20.45 because it was 35 degrees in the middle of the pitch ... We had five players at the Copa America and eight in the treatment room (for summer) so some are ahead of others in their preparation."

CONTE CANNOT RESIST A QUICK JIBE
In a previous stint at Napoli, Sarri complained, among other things, about having to play at midday and also that his team always seemed to play their matches after Juventus which he said put them at a psychological disadvantage.

Inter Milan coach Antonio Conte was among those who pointed out that Sarri’s complaints may well be looked on in a different light at Juventus.

"I won't say anything because otherwise, I would have to bring out the budgets, the turnover and the balance sheets," he said after his side's 1-0 win over Udinese. "Now, he is on the side of the strongest team so he needs to stay calm."

The referee pointed to the spot after Kouame went down under a clumsy challenge, although there appeared to be minimal contact. Domenico Criscito equalised but there was a final twist as Duvan Zapata scored in the fifth minute of stoppage time to give Atalanta a 2-1 win.

"The referee said sorry because the VAR did not work for the penalty," said Gasperini "The replays showed there was no contact. An episode like that could have taken two points from us."

ROMA LOOKING PROMISING, SAME OLD MILAN
AS Roma, 4-2 winners over Sassuolo, are nothing if not entertaining under new coach Paulo Fonseca: in three games, they have scored eight goals and conceded six.

The same cannot be said of AC Milan who scraped past 10-man Verona with a penalty: they have scored twice and conceded one goal in their three games.

Bawumia calls for greater unity, cooperation between Muslims...
15 minutes ago