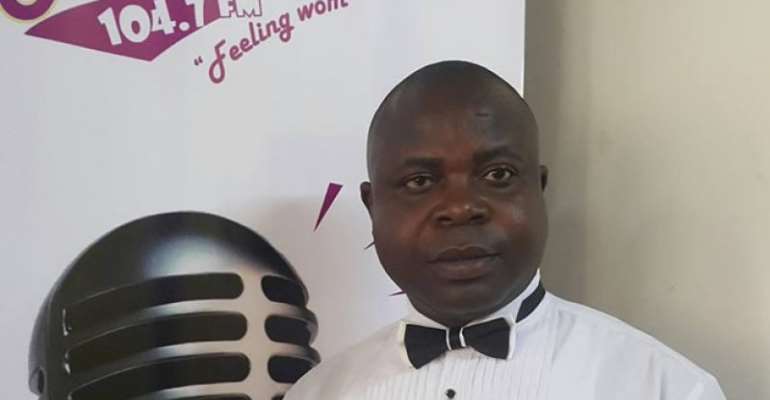 Renowned Sports Broadcaster, Kofi Asaare Brako popularly known as 'Abatey' has been named as the special assistant to the Youth and Sports Minister, Isaac Kwame Asiamah and the Public Relations Officer of the Sports Ministry.

This comes after Elvis Adjei Baah lost his position as the Public Relations Officer of the Ministry after Black Stars early exit from the 2019 Africa Cup of Nations in Egypt.

Reports suggest that Mr Asiamah was not enthused with Elvis utterances after Ghana's early exit from the competition.

Despite being named as the special assistant to Hon. Isaac Asiamah, the former Atinka FM head of Sports will also be the Communications Director for the Ministry.

Confirming his appointment on Kumasi based Nhyira FM, he said, "We are all aware that the Youth and Sports Minister, Isaac Asiamah is building new stadia across the ten regions with the aim of developing sports in the country.

"We should have toured the various regions but because of the CAF Champions League and CAF Confederations that was played over the weekend, the Minister couldn't do that job because he was in Obuasi on Saturday and Kumasi on Sunday.

"I am now the special assistant to the Sports Minister and the Public Relations Officer of the Ministry of Youth and Sports.

"Where I have reached in life, there are some calls you can't turn it down and by accepting such appointment, it helps you to learn different things in life but you have to do that job with wisdom.

"You must know that you don't just talk because, just a slip of tongue, you can lose your job but I know that with the support of the media, I can do this job better.

“There are so many radio stations in Ghana, so anything regarding communication, I will be available to answer all questions.

"It is alway good when you hear one of your own has risen to that level and it also motivates people in the media to do more," he added.