Caleb Ekuban To Sit Out For Two Months After Successful Operation 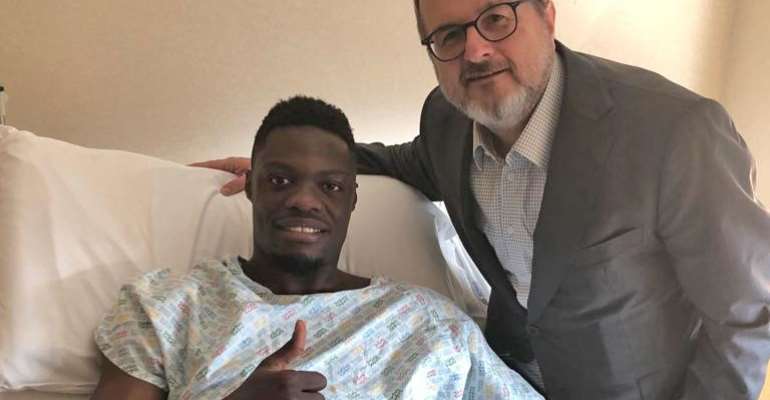 Ghana striker, Caleb Ekuban has successfully undergone surgery and he expected to miss the next two months.

The 24-year-old suffered an injury whiles training with Trabzonspor ahead of their League match with Gençlerbirliği over the weekend, a game he missed.

The club has revealed the player will be out for the next two months contrary to earlier reports which indicated he was going to be sidelined for just four weeks.

The situation will see the Ghana International miss Trabzonspor’s matches until November this year.

Coach Ünal Karaman has been heavily dependent on the striker who has scored four goals so far this season for the Club.