CAF Chmapions League: Kotoko Coach Believes George Abege Is At His Best Form At The Club 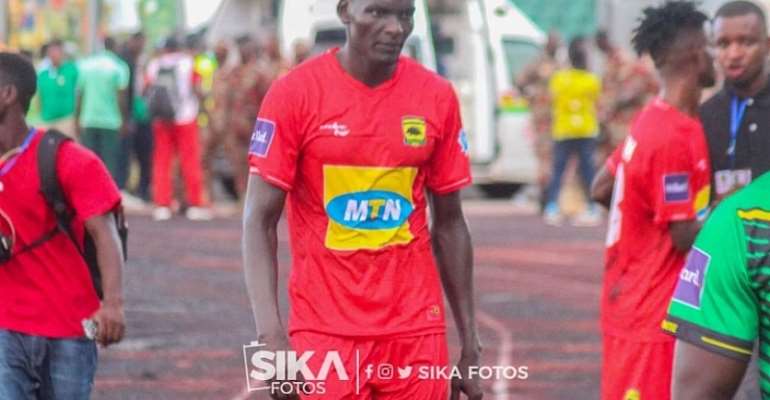 Asante Kotoko. coach Kjetil Zachariassen has hailed George Abege's qualities adding that the lanky forward is at his best form.

The Ugandan striker was criticized for his lazy approach against Etoil du Sahel in the CAF Champions League.

Goals from Augustine Okrah and Richard Arthur helped Asante Kotoko to inflict a 2-0 win over the Tunisian club in the first leg tie of the CAF inter-club competition at the Baba Yara Sports Stadium.

Addressing the media at the post-match conference, Zachariassen is optimistic Abege has improved very rapidly and needs time to start scoring.

"Abege was the one pressing the Etoile defence very high and we base out football on pressing high, he's absolutely good at doing that, taking him out would've allowed Etoile a breather and he had a good game.

"Most people want to see Abege jumping and heading balls, notwithstanding I'm very happy about his performance both in games and during training sessions.

"Abege has played as one striker all his life so he needs time to adopt to our play, he has developed so much because from when he came till now, he is a different person just wait and you will see him scoring," he added,

Abege joined the Porcupine Warriors on a three-year deal from Kenyan club Kariobangi Sharks this season.