CAF Champions League: Kotoko Players To Pocket $2000 As Bonus If ... 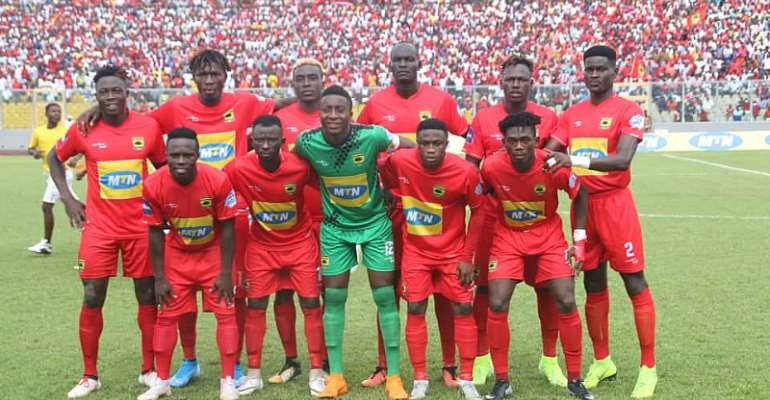 Players of Asante Kotoko will be $2,000 richer if they eliminate Etoile du Sahel for a place in the group stage of the 2019/20 Caf Champions League.

The Porcupines Warriors defeated the Tunisian giants 2:0 in the first leg at the Baba Yara Sports Stadium on Sunday afternoon.

A goal each from Augustine Okran and Richard Arthur was enough for the Porcupine Warriors to seal victory at a packed stadium.

A free-kick within the fifth minute of the first half neatly converted by Augustine lifted the mood of the home fans as they chanted for more goals.

Kotoko players received $1,000 bonus for overcoming Nigeria’s Kano Pillars in the preliminary round and were billed for $1,500 for this stage as per their incremental bonus structure agreed before the competition.

But the club’s management has decided to top it up by $500 and has gone further to publicly announce it.