Watford Come From Behind To Draw With Arsenal 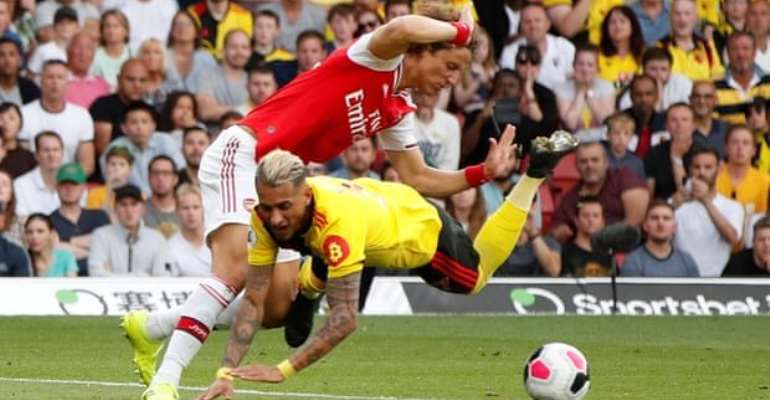 Watford fought back from two goals down at half-time to draw at home to Arsenal in Quique Sanchez Flores' first match since being reappointed Hornets' manager.

They levelled the scores when Roberto Pereyra rolled in a late penalty after Tom Cleverley had reduced the deficit when Gunners defender Sokratis Papastathopoulos gave away possession inside his own area, to take only their second point of the season.

Pierre-Emerick Aubameyang had put the visitors in front when he collected Sead Kolasinac's pass on the turn before firing past Ben Foster.

Arsenal doubled their lead as Aubemeyang finished a sweeping team move but the hosts improved after the break as the Gunners unravelled in front of the vociferous home support.

The Hornets had their chances to complete a stunning comeback with a decisive third, but the otherwise impressive Gerard Deulofeu dragged his effort narrowly wide.